Israel surpasses US in new daily cases per capina

by Staff of TOI 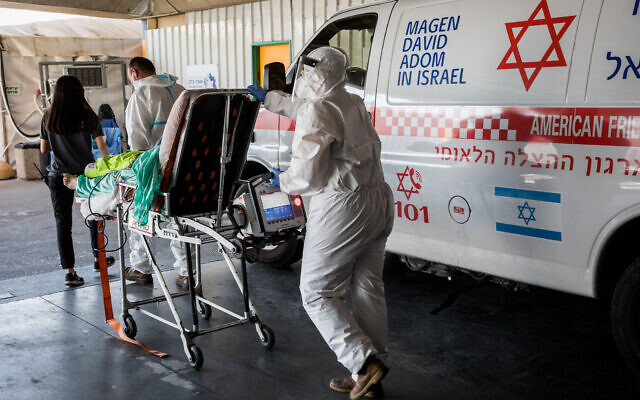 For the first time, Israel’s daily coronavirus deaths per capita have surpassed those of the United States, a military task force said in a report published Tuesday morning.

The task force, which belongs to the Israel Defense Forces Military Intelligence Directorate and advises the Health Ministry, already included that statistic in a diagram in a report published on Sunday but only highlighted it as a first on Tuesday, for an unknown reason.

The daily deaths per capita are calculated by the task force as an average of the last week. According to the data, Israel’s daily death rate over the last week has been 3.5 per million people, while the US rate was some 2.2 per million.

The death toll stood at 1,507 on Tuesday morning, as new diagnoses and seriously ill patients continued to rise, as did the percentage of tests coming back positive.

Of those in serious condition, 207 required ventilation.

Due to the Yom Kippur holiday, test numbers were very low Monday, with 8,105 carried out, compared to some 50,000-60,000 daily tests over the past week. But the percentage of positive virus tests remained on the rise, standing at 14.8 percent Monday. 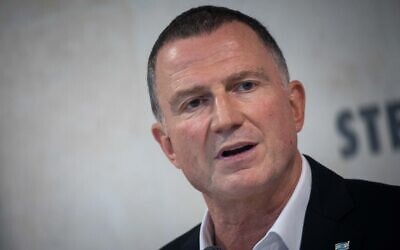 Health Minister Yuli Edelstein holds a press conference during a visit at the Hadassah Ein Kerem hospital in Jerusalem, on July 15, 2020 (Yonatan Sindel/Flash90)

Health Minister Yuli Edelstein said Tuesday that he expects the national lockdown to last beyond when it is currently set to end — in a week and a half — and that in contrast to the first wave, the strict regulations will be lifted slowly.

“There is no chance that the lockdown will be lifted in a week and a half, immediately after Simhat Torah — unequivocally. There is no scenario that in ten days we will lift everything and say, ‘Everything is over, everything is fine,'” Edelstein told the Kan public broadcaster.

“We’ve seen the lessons from the first wave of illness, and this time the exit from the lockdown will be done gradually and responsibly,” Edelstein said.

According to Channel 12 news, Prime Minister Benjamin Netanyahu believes the national lockdown could be extended to last for around a month in an attempt to contain the surging outbreak.

Health Ministry director-general Chezy Levy and his deputy, Itamar Grotto, have both also said in recent days that they do not believe Israel will have the virus outbreak under control by October 11 and that they expect the lockdown will have to be extended. 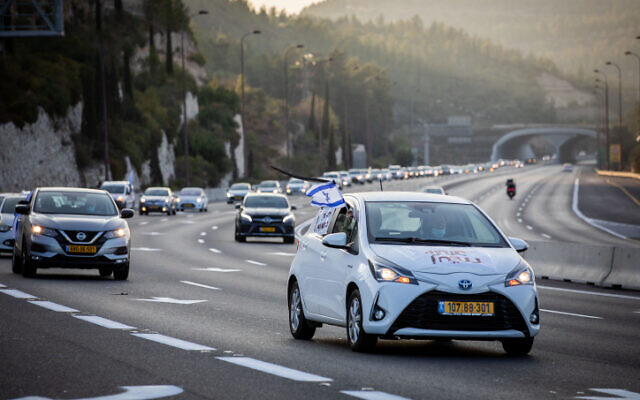 Drivers in a convoy protesting against Prime Minister Benjamin Netanyahu head to Jerusalem on Route 1, September 26, 2020, during a nationwide lockdown (Nati Shohat/Flash90)

In a statement released by his office on Monday evening, Netanyahu set out a numbered list of items to be discussed when the so-called coronavirus cabinet convenes on Wednesday, with the health system’s preparations to treat 1,500 gravely ill patients by Thursday, October 1, at the top of the list.

It was not immediately clear why it was feared that the number of seriously ill COVID-19 patients, which stood at 755 Tuesday morning, would double within two days.

The coronavirus cabinet will also discuss setting goals and indicators for a gradual emergence from Israel’s second national lockdown, progress in vaccines and the purchase and use of rapid COVID-19 tests. Also on the agenda is the status of the country’s enforcement of the regulations, as well as increasing fines and sanctions for those found violating restrictions.

The cabinet will also discuss the use of digital tools to combat the pandemic, a focused campaign on the wearing of masks and maintaining social distancing, the education system and plans to return to school, and assistance programs to the elderly.