The car-bomb/suicide-terror operations in London and Glasgow should have provided a fresh opportunity for reminding everyone, especially Muslims in Britain, that terrorism in the name of Islam still poses a major threat to public peace and safety. Yet this is not what is happening. 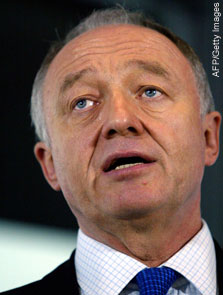 Brown hasn't deemed fit to tell it like it is: that Muslims in Britain, indeed all over the world, must come out and condemn terrorism in unambiguous terms.

Instead, we are hearing that the attacks may have been prompted by "Muslim bitterness" about Salman Rushdie's knighting, the latest addition to the Islamist litany of woes. Some "moderate community leaders," like a certain Baroness Uddin, drop hints that Muslims have "foreign-policy issues" that might make them unhappy. The barely coded message: Unless Britain reshapes its foreign policy to please al Qaeda, it must expect to be attacked.

The most that "the moderate community leaders" concede is a "yes, but" position: Yes, it is not quite right to blow up innocent people - but, then again, we must understand how anger at the policies of the government of those same innocent people might prompt some Muslim youths to want to slaughter everyone.

Worse still, Ken Livingstone, London's quixotic leftist mayor, has shifted the blame from the terrorists to the British at large, who are supposedly tempted by "Islamophobia."

This is vintage Christian self flaggelation for colonialist sins, by a politically correct self censoring elite leading their nations into dhimmitude, so well described by Melanie Phillips. Jews, of course, need to be vilified because by establishing Israel (or supporting it) they reject Christian forgiveness for having been killed and of being accepted on condition that they reject their identity, just as the elite has, in favour of a greater humanity, who are busy atoning for past sins, particularly those dreamed up by Mohammedans.