Monday the verdict in the largest terror finance case in US history was read in a Texas courtroom. The case against the Holyland Foundation for Relief and Development and five of its principal leaders — which ended in a mistrial — was predicated on the interconnection between terrorism and international finance. The five men were accused of financing Hamas by transferring millions of dollars to organizations in Judea, Samaria and Gaza that served as distributors of charitable or zakat contributions to Hamas members and entities. 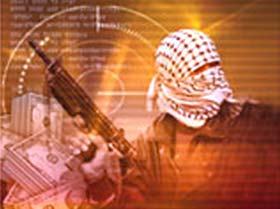 Perhaps the greatest problem with the term "war on terror" is that it confuses both the public and those charged with prosecuting the war on all levels about the nature of the enemy we face. The jihadists who seek to dominate the world in the name of Islam are not merely involved in violent activities. Organizations like Hamas, Hizbullah and al-Qaida devote the majority of their efforts to spreading the message of jihad by proselytizing fellow Muslims through propaganda, educational and welfare activities. These actions are vital for building popular support both for their terror activities and for their larger political goals

Essential to the aims of the jihadists is the Muslim sacrament of zakat. Zakat, one of the pillars of Islam, requires Muslims to donate 2.5 percent of their incomes to charity. As the indictment in the Holyland Foundation case showed, most of the money that the five defendants transferred to Hamas was transferred through zakat committees in Palestinian cities in Judea, Samaria and Gaza. These committees then transferred the monies to Hamas terrorists, their family members, political leaders and terror cells.

LABELING the Holyland Foundation a terrorist entity and freezing its funds was one of the first concrete actions that the Bush administration took in the aftermath of the September 11 attacks. The move was a turning point in the US perception of the nature of terror organizations.

If until September 11 the US related to terror groups as essentially cell-based armed groups, since the attacks on Washington and New York, curbing terror funding has been a central pillar of the US war effort. And targeting supposedly charitable organizations registered in the US, which like the Holyland Foundation served as conduits for money laundering and terror financing was one of the first courses of action that the Bush administration embarked on in its campaign against the global jihadist network.

The targeting of these organizations has been strongly criticized by self-styled Muslim civil rights organizations which protest the government's actions by claiming they are anti-Muslim. Some of the main organizations that have adopted this line were themselves identified as unindicted co-conspirators in the Holyland Foundation case. Specifically, the Council on American-Islamic Relations and the Islamic Society of North America, which both US government agencies and the US media have treated as credible groups were named in the Holyland indictment as unindicted co-conspirators with Hamas's US front group.

THE ESTABLISHMENT of charitable front organizations is merely one of many ways in which jihadist groups have raised funds. Today terror analysts fear that a new means has been found to skirt anti-terror laws and finance terror while rendering the financial systems of the West vulnerable to Islamic manipulation and control. The fear is that through the burgeoning presence of Shari'a-compliant investment houses, jihadist groups and financiers will be able to raise enormous sums of money to fund their nefarious activities aimed at global domination.

Islamic clerics tout Shari'a-finance as one of the central components of Islam. But this is untrue. Shari'a economics did not exist until the founders of the Muslim Brotherhood Maulana Abul Ala Mawdudi and Sayyd Qutb invented it them in the 1940s and 1950s. As Alex Alexiev explained in a recent paper on the subject published by the Center for Security Policy in Washington, DC, the purpose of Shari'a economics was to mobilize Muslim support for radical Islam by promoting Muslim exclusivity and separatism. That is, the purpose of Shari'a finance is religious and political, not financial.

Shari'a finance became a significant factor in the Muslim world in the aftermath of the 1973 OPEC oil embargo which raised Arab oil revenues a hundredfold in under a decade. The first Shari'a-compliant banks were established in 1975 with the opening of the Saudi-controlled Islamic Development Bank and the Islamic Bank of Dubai. Today the International Monetary Fund estimates that there are some 300 Shari'a-compliant banks operating in some 75 countries. Arab estimates place the number at 400. Close to a trillion dollars are under Shari'a-compliant management.

ASIDE FROM these Shari'a-based financial institutions in the Islamic world, the new trend in the West is for Western financial institutions to offer Shari'a-compliant investment opportunities. So excited is Britain, for instance about the financial benefit to be gained by attracting oil-rich Islamic investors that in January Britain's Treasury Minister Ed Balls announced his government's intention to turn London into the center of global Islamic finance.

UNDERSTANDING that Shari'a-compliant investments are the same as regular investments, banking and other financial institutions in the West that are naturally interested in attracting Islamic investors have enthusiastically opened Shari'a-compliant portfolios. Unfortunately, the banks' enthusiasm is raft with security and perhaps even criminal implications.

In order for investments to be defined as Shari'a-compliant, they must receive the approval of Shari'a advisors. Only certain Islamic entities are entitled to issue religious rulings or fatwas that can recognize investments as Shari'a-compliant. These entities include the Fiqh Academy in Jedda, Saudi Arabia, which is associated with the Saudi-dominated Organization of the Islamic Conference (OIC); the European Council for Fatwa Research, and the Fatwa Council of North America. All of these entities are associated with the radical pro-jihadist Wahabi and Salafi schools of Islam adhered to by groups such as al-Qaida and Hamas.

AS ALEXIEV notes, Usmani is a key official at the radical Deobandi madrassa Darul Uloom in Karachi, Pakistan. The madrassa has trained thousands of Taliban and other jihadist cadres. Usmani played a central role in convincing the Pakistani government to declare Ahmadi Muslims apostates. This determination led to the murder of members of the sect. Usmani was quoted in the Times of London on September 7 saying that Muslims in the West "must live in peace" with their societies "until strong enough to wage Jihad" against their fellow citizens. At that point, he said, they must fight "to establish the supremacy of Islam."

These radicals, supported by jihad-supporting Islamic institutions constitute an effective cartel in Shari'a-finance. Each serves as a Shari'a advisor to dozens of financial institutions. The main problem here is not their personal enrichment - which is enormous. The problem is that these men determine how to spend the 2.5 percent of revenues that are contributed to charity in fulfillment of the zakat obligation. With a trillion dollars now invested in Shari'a-compliant investments, the amount of money available for zakat is staggering.

Islamic financial kingpin Sheikh Saleh Kamel, a Saudi multi-billionaire, founder of the Dallah al-Baraka Islamic banking group and alleged terror financier recently suggested - with the full support of Qaradawi - that one central institution be established that will distribute all zakat contributions from Shari'a-compliant financial institutions.

As Rachel Ehrenfeld and Alyssa Lappen recently reported in The Washington Times, their suggestion was adopted as policy when, "On April 30, the OIC…established the clerical International Commission for Zakat, replacing more than 20,000 organizations that previously collected the money. [The] Islamic clerics' "expert committee" in Malaysia now supervises and distributes those funds."

On October 24 and 25th, the New York law firm Gersten Savage will host a major conference in New York on Shari'a-compliant investments.

MANY NEW YORK investment houses, banks and hedge funds have indicated their interest in expanding their services to include Shari'a-compliant investments. These organizations should carefully consider the likely moral and criminal implications of enabling Shari'a advisors associated with radical Islamic theologians and a foreign body on record for supporting terror, anti-Americanism and anti-Semitism to determine both the composition of their investmen

A useful summary of what is a very complex matter. Thanks. Just one point: Maulana Avbu'l A'la Mawdudi wasn't a founder of the Muslim Brotherhood, nor was Qutb. Mawdudi went along similar Salafi lines to rthe MB, but it was founded by Hasan al-Banna'. Sayyid Qutb was a later (mainly 50s and 60s) ideoologue for the MB, who carried it (and other organizations) in a more extreme direction.