When asked to speak at Melbourne’s “International Conference on Counter Terrorism 2007: Counter Terrorism Policing and Culturally Diverse Communities”, I explored a number of options in considering what I could most constructively contribute. 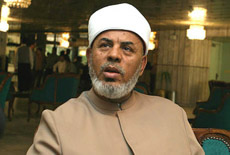 Some speakers tabled the results of small scale studies and of longitudinal research into what factors seemed to influence individuals to elect to become terrorists. There were also anecdotal accounts of how Muslims in Australia are assessing their relationship to the rest of society, as well as accounts of programs which seemed to be able to dilute feelings of alienation in Western societies.

The discussion of the media and the Muslim community provoked debate due to what I would have thought was the inarguable proposition put forward by ABC journalist Sally Neighbour that “The media doesn’t make Muslims look bad. Terrorists who kill civilians while shouting ‘Allahu Akhbar’ make Muslims look bad.”

On a panel on the topic “Maintaining Social Cohesion in a Climate of Fear”, I had the opportunity to canvass a range of events, challenges, solutions and possibilities.

It is 25 years ago this December that, had I not rescheduled an appointment a matter of hours earlier, I would have been standing at the entrance of the Israeli Consulate in East Sydney at the time a bomb was detonated. This is a fact which undoubtedly shapes my approach to the question of terrorism.

Later that day, a bomb exploded in the car park of the Hakoah Club in Sydney’s Bondi, with potential mass loss of life averted more due to the incompetence of the bomb-assembler than to good security measures.

In the decade leading up to the Bondi bombing, specifically Jewish (if one wants to distinguish them from Israeli) institutions had been the subjects of terrorist attacks in a number of countries, with a variety of perpetrators and suspected perpetrators. But in a sense Australian Jewry’s “innocence”, which had remained even after the international letter bomb campaign in the 1970s, disappeared on that day.

The Jewish community built on a pre-existing constructive relationship with law enforcement and devoted enormous resources to physical protection of the community, but did not descend into vigilantism or to racist bigotry against groups from which the perpetrators came. The question of balancing the ideal, free society with the responsibility to safeguard the freedom to live free from harassment and assault has, since that time, been a practical, not merely a philosophical, challenge.

As the 1980s continued, the Australian Jewish community saw incitement against it from a temporarily resurgent extreme right wing, and from the most visible Muslim personality in Australia, Sheikh Taj a-Din al-Hilaly. Despite the similarity of rhetoric from the gutter racists of the neo-Nazi fringe and the imam, the latter had more than a few apologists in the media and his own religious community. This was far more of a concern than the comments he made to a public forum at Sydney University.

In a short period in the 1990s, no less than a quarter of Sydney’s synagogues were subjected to arson attacks, and Jewish organisations since that time have been logging reports of abuse, intimidation, assault or vandalism on a daily basis.

One feature that emerged in a number of presentations, and which I reiterated, is that extremists are taught to hate and taught whom to hate. The easiest place to pick up overtly antisemitic literature in Australia at present is at a self-titled Islamic bookstore. Strains of antisemitism directed at rationalising, justifying and motivating potential terrorists and extremists are also available to conspiracy theorists, neo-Nazis and other political fringe-dwellers.

Terrorism, as many speakers noted, needs to be addressed on a number of levels. Security, policing and intelligence gathering are important parts of the equation. To combat the activities of those who seek to recruit, inspire and direct individuals to acts of extremist violence, including terrorism, requires additional elements, such as counter-education and positive interfaith and inter-communal relationships placed before them as ideals.

There is a very real, hotly contested, battle for the well-being of our society into the future and these strategies are not only desirable but essential.