Sixty-five years ago this week, American Jews gathered in their synagogues to celebrate Purim, the holiday recalling how a Jewish woman used her influence with the king of Persia to save the Jewish community from Haman's planned genocide. 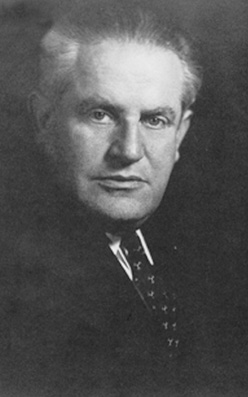 What the Purim revelers of March 1944 did not realize, however, was that at the very moment they were reading their megillas and shaking their groggers, a senior Jewish adviser to president Franklin Roosevelt was presented with the opportunity to use his influence to help save European Jews from the Nazis.

By early 1944, millions of Jews had already been slaughtered by the modern-day Haman, but there were many more who could be rescued. The Roosevelt administration had long opposed taking special steps to save them, but in January 1944, under strong pressure from the activist Bergson Group, Congress and the Treasury Department, FDR belatedly established the War Refugee Board. Its declared purpose was to rescue refugees from the Nazis. Although given only token funding, the Board, under the leadership of Treasury lawyers John Pehle and Josiah DuBois, Jr. - both Protestants - dove into the task with passion and determination.

One of the Board's first proposals to Roosevelt was that he issue a declaration threatening to punish anyone involved in persecuting Jews, and pledging to provide havens for Jewish refugees. Pehle and DuBois felt such a declaration was needed in part because the most recent Allied statement regarding European Jewry had been so disappointing. The American, British and Soviet foreign ministers, meeting in Moscow the previous October, threatened postwar punishment for Nazi war crimes against conquered populations, but named only "French, Dutch, Belgian or Norwegian hostages... Cretan peasants... [and] the people of Poland" - with no reference to the Nazis' primary victims, the Jews.

Arthur Szyk, the famous artist and Holocaust rescue activist, remarked that the suffering of European Jewry was being "treat[ed] as a pornographical subject - you cannot discuss it in polite society." Obscuring the Jewishness of the victims made it harder to mobilize public interest in their fate - and sent a message to the Nazis that the Free World was not terribly interested in their plight.

IN CONSULTATION with treasury secretary Henry Morgenthau, Jr., Pehle and DuBois prepared a draft of the proposed declaration. It immediately ran into opposition. Assistant secretary of war John McCloy wanted to tone down the text to make it "less lurid." State Department officials opposed issuing the declaration at all, on the grounds that the Germans would use it as proof the Allies were fighting for the sake of the Jews. The White House, too, had objections, as Pehle discovered on the evening of March 8, 1944, when he met with Samuel Rosenman, FDR's closest Jewish adviser and a leading member of the American Jewish Committee.

Just down the road from Rosenman's office, at Washington's famous Adas Israel synagogue, the Purim holiday was getting underway. Worshipers listened to the ancient words of the Purim story, recalling how Queen Esther pleaded with King Ahasuerus to scuttle Haman's plan to slaughter the Jews. Rosenman now found himself with the opportunity to become a kind of modern-day Esther.

The problem was that Rosenman was a deeply assimilated Jew who had always been uncomfortable calling attention to Jewish concerns. For example, after the 1938 Kristallnacht pogrom, he warned FDR that admitting more refugees would "create a Jewish problem in the US." In 1943, he counseled Roosevelt to snub the "medieval horde" of 400 rabbis who had marched to the White House to plead for rescue. Rosenman also tried to undermine the campaign that brought about the creation of the War Refugee Board.

NOW, IN MARCH 1944, faced with the proposed presidential declaration, Rosenman had one more chance to do the right thing. But he chose otherwise. He told Pehle that he had "advised the president not to sign the declaration because of its pointed reference to Jews." According to Rosenman, such explicit references to Jews "would intensify anti-Semitism in the United States."

Pehle was surprised and disappointed by Rosenman's position.

The next day - Purim - Pehle discussed the matter with assistant secretary of state Edward Stettinius, and then reported back to treasury secretary Morgenthau. It had become apparent, Pehle told Morgenthau, that Rosenman had already turned the president against their draft: Stettinius had told Pehle that Roosevelt said the wording "was too pointedly on the Jews."

Rosenman was already at work on a revised version of the declaration. Morgenthau was particularly concerned about the fate of the draft's "very strong" second paragraph, which acknowledged that the Jews were being slaughtered "solely because they were Jews." Morgenthau's worries were justified; sure enough, that key paragraph ended up on Rosenman's cutting-room floor.

Rosenman made other significant changes as well. Three of the six references to Jews were deleted. A pledge to give refugees temporary haven in America was watered down to "We shall find havens of refuge for them," without specifying the United States as a haven. Three paragraphs were added at the beginning of the statement about the German mistreatment of "Poles, Czechs, Norwegians, Dutch, Danes, French, Greeks, Russians, Chinese Filipinos - and many others" - but not Jews. The plight of the Jews was pushed all the way down to the fourth paragraph.

The weakened statement was issued later that month. It was, of course, better than nothing, but it could have been much stronger. And its fate foreshadowed the obstacles the War Refugee Board would face from within the Roosevelt administration itself in trying to carry out its mission.

That this all took place on Purim is, of course, bitter irony. Both Queen Esther and Samuel Rosenman were uniquely positioned to influence the highest authority in the land to intervene on behalf of the Jews. Esther's heroic response has been enshrined for all time in the celebration of Purim. How different history might have been had Rosenman chosen to follow Esther's example.

The writer is director of The David S. Wyman Institute for Holocaust Studies, www.wymaninstitute.org. His book, Blowing the Whistle on Genocide: Josiah E. DuBois, Jr. and the Struggle for a US Response to the Holocaust, was published recently by Purdue University Press.