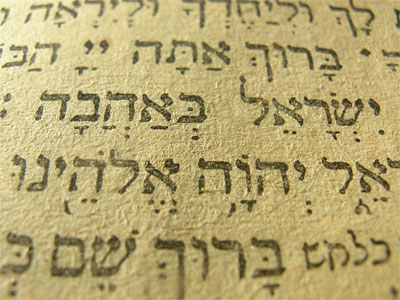 The recent Senate Inquiry into allegations of academic bias highlighted the intense ideological divisions within universities and schools of learning. As confirmed by the Inquiry, the Israeli-Palestinian conflict provides one of the most volatile and polarised sources of such division.

My personal experience as a long-standing participant in this debate suggests that even the most moderate academic supporters of Israel cannot find common ground with pro-Palestinian academics for respectful debate and dialogue.

For 15 years from 1987 till early 2002, I was active in the left-wing Australian Jewish Democratic Society (AJDS). The AJDS position on the Middle East was very straightforward: a two-state solution based on the State of Israel existing roughly within the 1967 borders, and the corresponding creation of a state of Palestine within the territories of the West Bank and Gaza Strip. A key AJDS strategy was to establish links and dialogue with members of the local Palestinian and Arab communities.

Central to this strategy was a concern to show the rest of the Jewish community that Jews willing to recognise Palestinian rights and aspirations would receive positive feedback from local Palestinians and Arabs. A further implicit motivation was that successful Jewish-Arab dialogue in Australia based on mutual recognition and compromise could perhaps be seen as a model for successful peace negotiations within Israel/Palestine.

Throughout the period of AMESA's existence (from about 1981 onwards), AJDS representatives had regularly been invited to speak at AMESA conferences, and welcomed within AMESA circles. My own involvement in AMESA had perhaps been less significant, but had included presentations to two AMESA conferences, contributions to the Deakin University (and AMESA-linked) Journal of Arabic, Islamic & Middle Eastern Studies, and contributions to the AMESA Newsletter.

In addition, I had submitted in November 1997 at the request of a leading AMESA figure a witness statement to the Human Rights and Equal Opportunity Commission supporting a case by the Australian Arabic Council against the Herald & Weekly Times and Australia/Israel Publications (AIP).

Briefly, the matter involved some allegedly racist anti-Arab statements made by a visiting AIP-sponsored speaker David Pryce-Jones which had been published by the Herald Sun. The matter was subsequently settled out of court, and the Australian Arabic Council thanked the author in writing for "your very honest and powerful witness statement, and all your support throughout the two year case".

Not only this, but two prominent AMESA and Arab community intellectuals, Ray Jureidini and Christine Asmar, had approached me to draft a joint opinion piece on Jewish-Palestinian community relations in Australia. The article was intended to pinpoint the negatives of existing relations, and the future potential for improving relations. Plans were even made for the publication of a joint monograph on Palestinian and Jewish experiences of otherness and racism in Australia.

In late 1998, I was invited by the President of AMESA, Christine Asmar, to contribute an article to the AMESA Newsletter exploring how AMESA might improve its relations with the Jewish community. The submitted piece made the following points: that there was at best token representation of Jews in AMESA, that there did appear to be an in-built structural bias against Jewish representation within AMESA, but that nevertheless there were different views within the Jewish community about AMESA including some interest in identifying common ground.

In order to facilitate constructive engagement, I suggested the following: that AMESA adopt for its 1999 Conference the theme of "Jewish/Arab dialogue and friendship historically and today"; that AMESA invite the Executive Council of Australian Jewry to nominate two representatives to participate in the Conference Planning Committee; that AMESA invite the Israeli Ambassador and the Palestinian Ambassador to co-open proceedings, that AMESA consider inviting a mainstream Israeli writer or academic as a keynote speaker; and that AMESA invite the editor of the Australian Jewish News and a commensurate Arab community newspaper to speak at a joint session on Australian media presentations of Jews and Arabs, and possibilities for joint action against racist coverage.

To my surprise, AMESA chose to publish six responses to my article in the same issue without either my prior knowledge or permission. Three of the responses were broadly positive. However, the other three responses - from Ray Jureidini, John Docker, and Ned Curthoys - were vociferously critical.

Their common concern seemed to be that my proposals would transform AMESA from a pro-Palestinian organisation into potentially a pro-Israel organisation.

Docker, an anti-Zionist Jew, was the main concern. He argued without any evidence that my intention was to "intimidate, threaten and marginalise Jewish intellectuals" who did not conform to the Jewish community consensus. He claimed that my proposals would lead to the "surveillance and control of" AMESA by Zionists who had also suppressed "debate and discussion" in the media.

Similarly, Ned Curthoys argued that my proposal was "grotesque", and reflected a "totalitarian vision for society".

Both Docker and Curthoys knew that I had argued for over 15 years both within and outside the Jewish community for the legitimacy of Palestinian national aspirations, for the creation of an independent Palestinian State alongside Israel, and for a free and tolerant Jewish debate around these issues. I was the last person who could reasonably be accused of wanting to censor anyone.

But worse was to come. I wrote a relatively short, careful and arguably measured response to the six responses, pointing out the negative and positives, and trying to focus again on the desired objective of achieving better relations between AMESA and the Jewish community.

Initially, Christine Asmar indicated that she would have to cut my letter to one page to which I reluctantly agreed. She also indicated at the same time that our proposed joint paper on Palestinian-Jewish relations would not go ahead.

One month later I was informed by a new editor that she had cut and rewritten (without consultation) my letter to 150 words. I subsequently wrote a protest letter to the AMESA President, but to no avail.

The organisation had closed ranks, and I was purged. My experience of Jewish-Arab dialogue was over.

(Dr Philip Mendes is a Senior Lecturer in Social Policy & Community Development in the Department of Social Work, Faculty of Medicine at Monash University and co-editor with Geoffrey Brahm Levey of Jews and Australian Politics (Sussex Academic Press, 2004) –

we are the despairing whats left i agree if philip couldnt do it who can how sad and depressing and how about inviting the ex pres of iran here -madness-you can ONLY grasp a hand in peace not a fist in anger.the alternatives with bibi in charge iran nuclear armed and in an apocolyptic mood,with usa distracted by the great recession is truly scary

Dar al-harb and Dar al-Islam. Fascist threat from the 7th century and the dar al-harb ongoing failure to address it. Everything else is white noise.

A brilliant and very revealing letter  which is utterly sad – if Philip Mendes can make no headway, who on earth can?

This is a very sobering article. If the minds of those who are deemed to be of high intelligence are so closed as to not even recognised reasoned debate what hope is there?

Hopefully this will show to the Jewish Community the futility of engaging with those who wish to destroy us. Until the other side is willing to recognize the Jewish State of Israel"s right to exist in peace and security there is nothing further to discuss. Philip was courageous to try and he is to be commended for pointing out the situation to us.

There simply can"t be any honest relating between "Palestinians" and Jews until the foundational texts of Islam -- the hateful, grotesque and vicious curses and threats of Jewish (and CHristian and everyone else)destruction are admitted to and openly debated. To seek "friendship" before this stuff is hammered out is like as the Bard once put it: "Why strew"st thou sugar on this bottled spider?"