For years, 'experts' have been dealing with the Israeli-Palestinian conflict, without realizing just how marginal it is and without understanding that it is being used as a tool for diverting the attention from the region's real problems.

John Kerry has returned to Israel after a long absence. This time, we can hope and pray, he already sees the Middle East differently.

The heads of the current American administration believed from their very first day in office that the Archimedean point in the Middle East is Israel. If you pressure it and "solve" the "Israeli" conflict, the entire region will fall at your feet. That's why the Obama administration dealt with the Israeli issue was so intensively. Obama and Kerry wouldn't let go, and in the president's second term they even launched long, exhausting negotiations which they imposed on Israel and on a certain group of Palestinians called "the Palestinian Authority."

I have often written that it's a serious mistake. I have warned that the White House doesn’t have the time to deal with a conflict which has become old and marginal, while huge conflicts are about to take place in the region and in the entire world. 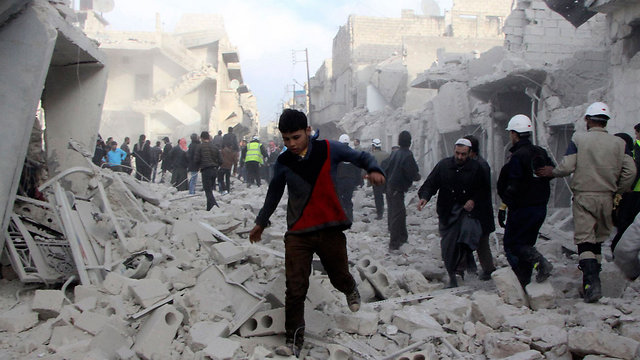 For about two years, the US administration focused on Israel, while the Syrian meat grinder expanded, Iraq collapsed, Libya turned into a jihadists' springboard to Europe, Yemen collapsed and Europe began spinning under the burden of millions of refugees (Photo: Reuters)

And so, for about two years, the American administration focused on us, focused on past, while the Syrian meat grinder expanded, Iraq collapsed, Libya turned into a jihadists' springboard to Europe, Yemen collapsed and its ruins fell on Saudi Arabia, and Europe began spinning under the burden of millions of refugees.

It's reasonable to assume that it's not the administration's fault, that it has fallen victim to different "experts," "diplomats" and "academics," who have turned the "conflict" into the source of their livelihood, and to other righteous people who want to take a bite at Israel and minimize it.

For years, these "experts" dealt with the conflict (it's no longer called the Israeli-Arab conflict because it has shrunk to the Israeli-Palestinian conflict), without realizing how marginal it is and without understanding that it serves as a tool for diverting the attention from the real problems of the Middle East. Every Arab ruler who didn't want people to see the religious-ethnic-tribal national complexity within his home, diverted the attention towards Israel. As far as he was concerned, Israel was actually an asset, not a burden. 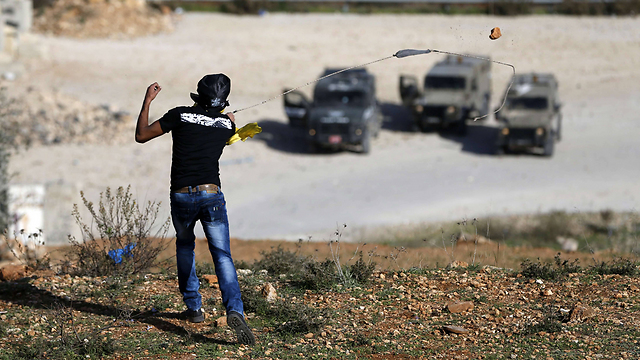 It's reasonable to assume that Obama already understands the manipulation around Israel, but it may be too late as far as the region is concerned. Had the roots of the Islamic State been dealt with on time, it's possible that this organization would not have developed into the monster it is today. And had Bashar Assad's evil regime been dealt with on time, it's possible that the Syrian tyrant would no longer be here today. And the same goes for the other crises in the Middle East and Europe. Yes, Europe has also been busy with Israel while its own home is on fire.

What is there today on the other side, opposite Israel? A big void. There is a group of elderly people in Ramallah, with no power or legitimacy, and no agreement they could have reached would have been accepted by the Arab public in Judea and Samaria on in Gaza, and in any event, they had no intention of reaching any agreement. Their only goal was to gain the territories and use them for the next attack aimed at minimizing and weakening Israel.

Apart from that, there is nothing: No democracy, no economy, no law and no future. And there were those who wanted to give this void land from which they would attack central Israel with missiles.

The Arab regimes have accepted Israel's existence and are, secretly and openly, seeking its assistance. The conflict with the Palestinians exists, but it's tiny compared to the Sunni-Shi'ite demon, the huge battle with radical Islam and the world powers' infiltration of the Middle East in a military drive.

In the huge storm, the likes of which the area has not known since the Mongol invasion a little less than 800 years ago, Israel has remained the only island of stability. In the Middle East, which is desperately searching for a balance, we remain the only anchor.