The rise of antisemitism in Australia has a distinctly American tone

Larissa Roberts holds up a sign as protesters gather to march against racism in Oakland, California in August. Antisemtism in Australia echoes what’s happening in the US. Photograph: Josh Edelson/AFP/Getty Images

A few years ago, I sat in the office of a rabbi in Perth discussing the state of the local Jewish community. The rabbi spoke with effusive pride at the academic success of the city’s Jewish high school, the warmth and charity of his small but sturdy flock, and the overall security and comfort in which the community lived and worshipped.

Then his tone became grave. He recalled how a short time before, a group of Holocaust survivors arrived at his synagogue for a special sabbath service and was confronted with neo-Nazi slogans and swastikas emblazoned on the walls of the building. The rabbi shed tears as he recalled the horror on their faces in what he termed “an attack on the souls” of people who had already experienced the limits of human suffering. 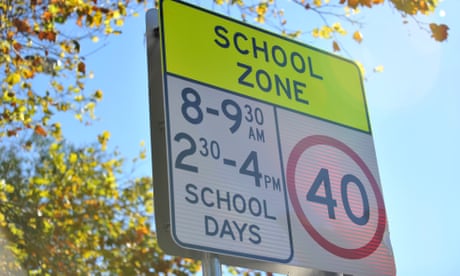 The community had previously experienced a campaign of attacks in the 1980s and 1990s at the hands of a white nationalist gang led by Jack Van Tongeren, that was also responsible for firebombing Asian restaurants and plotting to assassinate the state’s attorney general.

In other states, a Tasmanian woman, Olga Scully, distributed offensive antisemitic literature through letterboxes in 1995, while Fredrick Toben published material on his Adelaide Institute website denying material aspects of the Holocaust, including the existence of gas chambers at Auschwitz. Both incidents resulted in successful actions brought by the Executive Council of Australian Jewry, the peak representative body of the Australian Jewish community, under provisions of the Racial Discrimination Act.

These incidents, which represented the most visible and egregious examples of far-right or neo-Nazi activity targeting Australia’s Jewish community, were exceptional and were perpetrated by people on the extreme fringes of Australian society. But in the past 18 months, there has been a wave of activity and racist campaigns by new far-right groups.

Since February 2017, a neo-Nazi group called “Antipodean Resistance” has daubed synagogues with swastikas, and plastered posters across university campuses, public transport and schools with messages including, “legalise the execution of Jews” and “reject Jewish poison”.

Groups like Battalion 88 and the United Nationalists Australia became active online at the beginning of last year. The Dingoes, an Australian “alt-right” group with links to American neo-Nazis including Mike Enoch, host of The Daily Shoah, began broadcasting around the same time. Former Labor leader Mark Latham and Nationals MP George Christensen both gave interviews on The Dingoes’ podcast.

The notorious “echoes”, triple parentheses placed around names or words on social media posts to denote their Jewish origin, and Pepe the Frog, both ubiquitous markers among the American hard-right, began to enter the lexicon of Australian white nationalists. The usually civilised social media channels of the Executive Council of Australian Jewry have recently been targeted with messages containing the phraseology of American neo-Nazis. Suddenly a succession of posted comments ended with references to the “goyim” and “oy vey,” a snide distortion of common Yiddish words.

The resurgence of far-right and neo-Nazi groups in Australia can be seen as part of a global tilt towards nationalism, in keeping with the European phenomena of Brexit, and the mainstreaming of Le Pen’s Front National in France and Geert Wilders’ Party of Freedom in the Netherlands. Yet the tone and trajectory of Australian ultra-nationalism has been distinctly American and distinctly pro-Trump. The timing also correlates closely with the watershed moments in the brief political career of the US president.

While frequently denigrating other minority groups, including Muslim Australians, and also targeting the LGBT community, Australian far-right discourse has maintained an obsessive focus on the “Jewish problem”. To the hardened Australian rightist, despite constituting less than half a per cent of the Australian population, the Jew is the main peril – the corroding, nefarious influence on Australian society, the agent of globalisation and the unseen hand guiding every liberal cause from climate change to same-sex marriage and multiculturalism. A morbid obsession with Holocaust imagery mirrors the harassment of American-Jewish journalists through a deluge of Twitter memes depicting gas chambers and killing fields.

The number of neo-Nazis in Australia is miniscule and they are not, to put it mildly, intellectual heavyweights. They are utterly despised by most Australians. Yet they are becoming increasingly brazen in both word and deed. The concern now, and not only for the Jewish community, is whether the emerging far-right movement in Australia will move to a violent operational phase, as seen in the United States.

About the Guardian: Since you’re here …

… we have a small favour to ask. More people are reading the Guardian than ever but advertising revenues across the media are falling fast. And unlike many news organisations, we haven’t put up a paywall – we want to keep our journalism as open as we can. So you can see why we need to ask for your help. The Guardian’s independent, investigative journalism takes a lot of time, money and hard work to produce. But we do it because we believe our perspective matters – because it might well be your perspective, too.

If everyone who reads our reporting, who likes it, helps to support it, our future would be much more secure.