(CNN)As his country experiences the early pangs of a cultural and economic transformation, Saudi Arabia's crown prince vowed Tuesday to destroy "extremist ideologies" in a bid to return to "a more moderate Islam."

Speaking at the Future Investment Initiative conference in Riyadh, Crown Prince Mohammed bin Salman said the moves will put the kingdom in lockstep with many other nations as it seeks to transform its economy over the coming decades.

"We want to lead normal lives, lives where our religion and our traditions translate into tolerance, so that we coexist with the world and become part of the development of the world," he said. 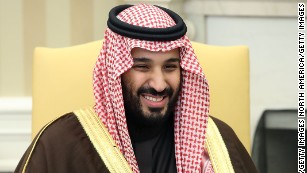 It's a move sure to rile the ultraconservative clerics who have held sway in the kingdom, even if that sway appears to be waning. At the same time, the prince's declaration will be heralded by Saudi Arabia's increasingly youthful population and the outside world, on whom the kingdom will rely in its quest to overhaul its finances.

"Seventy percent of the Saudi population is under the age of 30. In all honesty, we will not spend 30 years of our lives dealing with extremist ideologies. We will destroy them today and immediately," bin Salman said.

He continued, "Saudi was not like this before '79. Saudi Arabia and the entire region went through a revival after '79. ... All we're doing is going back to what we were: a moderate Islam that is open to all religions and to the world and to all traditions and people."

'Righteousness is on our side' 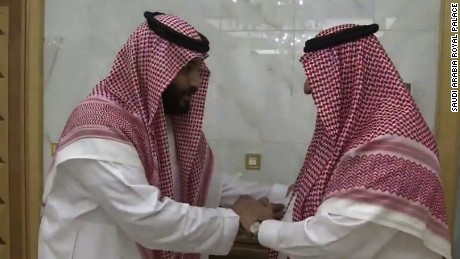 Bin Salman's reference to 1979 was doubtless a nod to a tumultuous year for Saudi Arabia that included Shiite militants overthrowing the secular Shah of Iran and Sunni fundamentalists seizing the Masjid al-Haram, or Grand Mosque, in Mecca. That same year, the country's Shiite minority staged a deadly revolt in Al-Hasa province.
The Saudi monarchy responded by shoring up ties with the Wahhabi religious establishment and restoring many of its hardline stances. For instance, it shut down the few movie theaters in the kingdom. 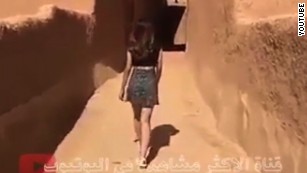 Saudi police release woman in miniskirt video 01:31
Wahhabism is a form of Islam that bans the mixing of sexes in public and puts myriad restrictions on women -- among them, the requirement that they need permission from a male guardian to work or travel. Saudi Arabia's religious police were given great leeway to enforce the restrictions.
Fast facts: Saudi Arabia
The tentacles of Wahhabism reached deeply into Saudi life, influencing its courts, politics and foreign policy, as elder kings with tight relations to the religious establishment ruled for the next few decades.
In 2015, King Salman bin Abdulaziz Al-Saud took the helm, along with bin Salman, ushering in a new era of Saudi politics. The king promoted bin Salman to crown prince, making him heir apparent, in June.
The two curbed the authority of religious police, taking away their power to arrest citizens. They allowed the first music concerts in decades, cracked down on religious incitement and granted women a growing list of rights -- most notably the right to drive, which will take effect next year.
"Some clear steps were taken recently and I believe we will obliterate the remnants of extremism very soon," bin Salman said at Tuesday's conference. "I don't think this is a challenge. It reflects our values of forgiveness, righteousness and moderation. Righteousness is on our side." 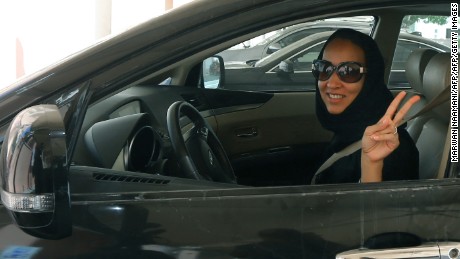 Saudi activist hails end of ban on women driving 04:42
Watchdog groups say Saudi Arabia has a long way to go. Weeks ago, the kingdom said it planned to indict "radical" Twitter users who were "harming the public order."
Amnesty International, Human Rights Watch and the Committee to Protect Journalists have reported in recent months that the kingdom still targets peaceful activists and jails reporters, while state clerics incite hatred against the Shia minority and the Saudi-led coalition in Yemen perpetrates crimes against children. 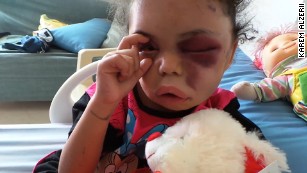 Little girl opens the world's eyes to Yemen conflict 01:45
In
applauding the move to allow women to drive, Human Rights Watch's Liesl Gerntholtz told CNN last month that Saudi women still face a plethora of hardships in daily life -- namely laws that govern the guardianship of women.
Are bigger changes coming to Saudi Arabia?
"This prohibition on driving is just one in a vast series of laws and policies which prevent women from doing many things," she said. "The guardianship rule stops women from making every decision in her life without the assistance of a male relative, even if that relative is her 7-year-old son."
It's also worth noting that while the world and many in Saudi Arabia -- including the Saudi Senior Scholars Council, the kingdom's highest religious body -- commended the royal order allowing women to drive -- many Saudis took to Twitter to promote the hashtag, #The_People_Refuse_Women_Driving, as Wahhabi sheikhs predicted, "This is the end of Saudi." 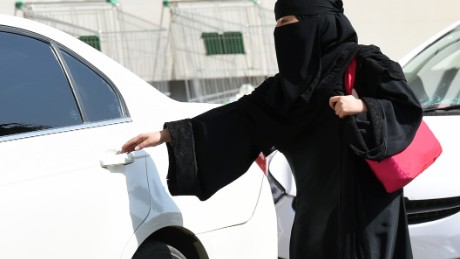 While permitting women to drive might seem like a cultural move, bin Salman also painted it as an economic one that will bring more women into the workforce. It's no coincidence that he raised the economic aspect of pursuing a more tolerant Islam as he delivered his remarks at the investment conference in the Saudi capital on Tuesday.

The crown prince faces the daunting task of revamping the Saudi economy, and quickly. He is spearheading a reform plan called Vision 2030 that aims to wean Saudis off government aid and diversify an economy almost wholly dependent on oil.

Oil, whose prices have dropped precipitously in recent years, directly or indirectly employs roughly 70% of the population. Meanwhile, Saudis pay no taxes and receive free education, free health care and subsidies for most utilities.

In 2015, the International Monetary Fund forecast that the Saudi economy would run out of financial reserves by 2020.

The government has been able to reduce subsidies for gas and water. There is a proposal to sell a chunk of the state-owned oil company, Aramco, which could raise a substantial sum. On the flip side, efforts to cut bonuses and benefits for Saudi government officials did not pan out and the notion of taxing Saudis is a nonstarter.