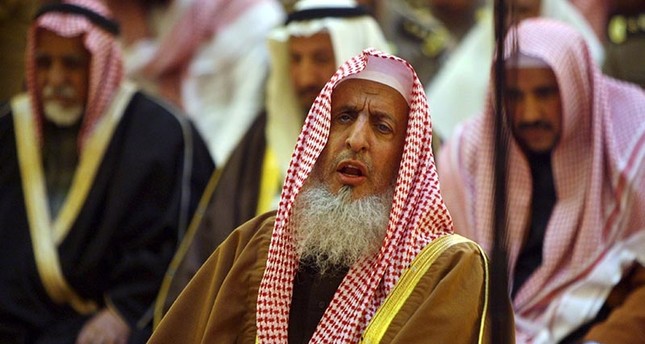 An Israeli minister on Monday welcomed remarks by a mufti of Saudi Arabia that Palestinian resistance group Hamas is a terror organization.

"We congratulate Abdul Aziz Al-Sheikh, the Grand Mufti of Saudi Arabia, as well as the head of Ulema (Islamic scholars) for his fatwa forbidding the fight against the Jews and forbidding to kill them," Israeli Communications Minister Ayoub Kara wrote on his official Twitter account.

The minister also welcomed the mufti's remarks in which he considered Hamas a terror organization, adding "I invite the mufti to visit Israel; he will be welcomed with a high level of respect."

Earlier, the mufti said while answering a question on a television program that fighting against Israel was inappropriate and said Hamas was a "terror organization" in reply to a question regarding July's anger across the Israeli-occupied West Bank when Israel shut Al-Aqsa Mosque, which is venerated by Muslims and Jews, following a deadly shootout.

Israel occupied the West Bank, including East Jerusalem, during the 1967 Arab-Israeli War. It annexed the entire city in 1980, claiming it as the Jewish state's "undivided and eternal capital" -- a move never recognized by the international community.

International law views the West Bank and East Jerusalem as "occupied territories" and considers all Jewish settlement construction there as illegal.