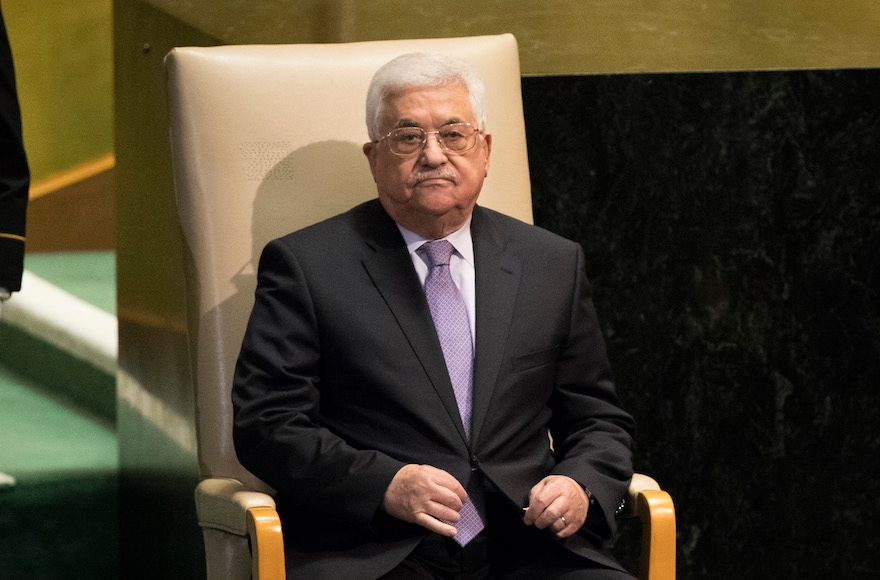 (JTA) — A leaked document alleges that the Palestinian Authority has been wiretapping its residents with the backing of the CIA.

The document was shared on the messaging service WhatsApp by an anonymous employee of the Palestinian wiretapping agency last month, according to The Associated Press. It says the agency was set up jointly by three Palestinian security services and contains transcripts of recorded phone conversations.

The wiretapping allegedly targeted thousands of Palestinians, from the heads of militant groups to judges, lawyers and allies of P.A. President Mahmoud Abbas, according to AP.

“I made these phone calls and this is evidence that the leaked report is true,” said Obeidat, who has led anti-government protests in the past, according to AP. “This is a blatant violation of human rights.”

The wiretapping reportedly began in 2013 with help from the CIA. In exchange, the P.A. allegedly shared the intelligence with the U.S. spy agency. The report comes as Abbas feuds with President Donald Trump over Trump’s recognition of Jerusalem as Israel’s capital.

The head of Palestinian security services called the report “nonsense,” according to AP.