Incendiary balloons from Gaza cause damage to Israeli fields

Published Wednesday May 9, 2018
from Ynet News

Helium-filled balloons flown from the strip land in wheat field near Kibbutz Mefalsim and in Be'eri Forest; with harvest time fast approaching, the damages to the fields are estimated at hundreds of thousands of shekels.

Several incendiary balloons flown from the Gaza Strip on Monday afternoon caused fires in seven different locations on the Israeli side of the border. No one was hurt, but great damage was caused.

Another caused a fire in the Be'eri Forest in the Eshkol Regional Council.

Firefighting teams and KKL foresters were working to put out the fires.

The incendiary balloons, like incendiary kites, are affixed with an already-lit Molotov cocktail. 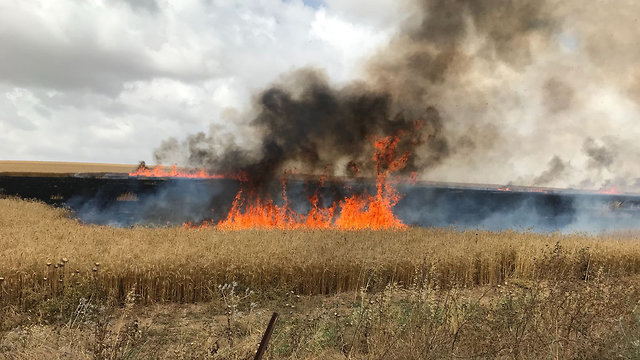 The westerly winds push the balloons, which are filled with helium gas, towards Israel. After a short while in the air, the fire from the Molotov cocktail causes the balloon to explode in midair, with the incendiary contraption dropping to the ground.

The IDF has been working on a solution to thwart these contraptions by intercepting them using drones before they can land in Israel and cause damage. 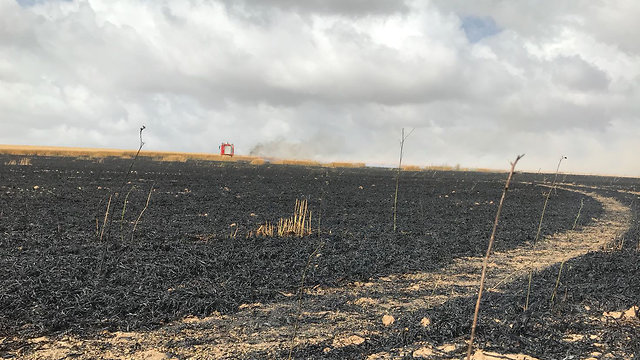 Finance Minister Moshe Kahlon visited the Gaza border area on Sunday, announcing the State of Israel will compensate farmers whose fields were damaged by the incendiary kites and balloons.

Farmers estimated the damages to their fields at hundreds of thousands of shekels, as the fields that caught fire were nearing harvest time.