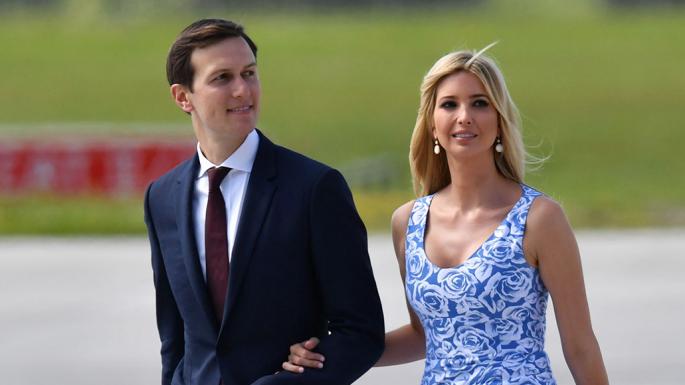 Nothing much will change on Monday afternoon in Jerusalem. A plaque on a small temporary building will be unveiled and the compound of the American consulate on the southeastern edge of the city, overlooking the Judean desert, will change its name to the US embassy. But the hundreds of embassy staff in Tel Aviv will not be moving in any time soon.

Nevertheless, Donald Trump's decision to move the embassy to Jerusalem has excited passions at a time when the talk in the region is of war.

A large US delegation, headed by the president's daughter, Ivanka, and her husband, Jared Kushner, will join 800 guests, including Israel's prime minister, Binyamin Netanyahu, at the opening ceremony. The ambassadors of Britain, France, Germany and most other EU countries will be conspicuously absent.

America under Trump is taking a different road in the Middle East. It had stuck for decades to a policy shared by most other nations of maintaining its embassy an hour's drive away in Tel Aviv, until the Israel-Palestine conflict and the issues of borders and Jerusalem were resolved. The divergence of opinion over the embassy mirrors Trump's decision last week to withdraw from a nuclear deal with Iran that Britain, France and Germany also signed.

Tensions in the region are at their highest for years after last week's exchange of missiles between Israeli and Iranian forces in the wake of Trump's nuclear decision. On Wednesday night, Iran's Quds Force launched 20 rockets at Israeli military positions on the Golan Heights. Israel responded with airstrikes on Iranian bases within Syria in which at least 11 Iranian fighters are reported to have been killed.

Israel's immediate concerns this week, however, switch to its south where its long conflict with the Palestinians may explode again. While Ivanka Trump wows guests at the new American embassy, the Hamas Islamist militant group will be co-ordinating violent Palestinian protests on the borders of Gaza.

It will be the eve of Nakba Day - the 70th anniversary of Israel's establishment, which Palestinians mark as their own "disaster" when hundreds of thousands of people were displaced and became refugees.

The Israeli military has reinforced its forces around Gaza to three times their normal strength after six weeks of protests that the Palestinians have called "the Great Return March". Forty-eight Palestinians have been killed by Israeli sniper fire.

Israel's military, which says protesters were trying to break through the fence or use the demonstrations as cover to attack its soldiers, has been forced to defend its live-fire policy.

"We realise that casualties are good for Hamas because it helps them draw attention to Gaza," one Israeli general said.

"We have tried to use non-lethal methods to quell the rioting but the topography of the border area makes them inefficient. The wind from the sea blows the tear gas we used back on to us. Water cannons and rubber bullets don't work because of the border fence between us.

"Our mission is to make sure that the fence isn't breached, because the moment it is, thousands can burst through and attack the Israeli villages which are only hundreds of metres away. For weeks, they have been focusing all their efforts to doing that on May 14."

Seeking to play on these Israeli fears, Hamas's leader in Gaza, Yahya Sinwar, gave his first briefing to the international media on Thursday.

"We won't accept the walls of this prison," he said. "What's the problem with hundreds of thousands breaking through?"

Sinwar knows his Israeli adversaries well. He spent more than two decades in Israeli jails, where he served a life sentence for murdering fellow Palestinians Hamas considered "collaborators". He was released in 2011 as part of a prisoner exchange deal, when Israel agreed to free more than 1,000 Palestinians in return for one Israeli soldier who had been captured and held in Gaza.

The deepest Israeli fear this week is that under cover of rioting on the border, Hamas will make another attempt to capture one of its soldiers. Sinwar alluded to this on Thursday when he said the 6,000 Palestinians held in Israeli prisons on terror charges could be released only through another prisoner exchange.

Sinwar, the first Hamas chief to lead its military wing and act as the prime minister of the political wing in Gaza, is known as a hardliner. In recent months, however, he has sent Israel non-direct messages indicating his willingness to negotiate a long-term truce in exchange for ending the 11-year blockade of the Gaza Strip.

Ultimately however, what is most likely to limit the scope of this week's protests are the events up on Israel's northern border. In the broader regional framework, the escalation in Syria is of much greater weight than the situation in Gaza. With the region on the brink of war between Israel and Iran, the Palestinian issue has been relegated to a sideshow.

The Palestinians will do their best to wrest the world's attention back to their plight, if only for a day or two. At the least, they hope to ruin Donald Trump's party in Jerusalem.