Published Thursday May 24, 2018
from The Jewish Chronicle 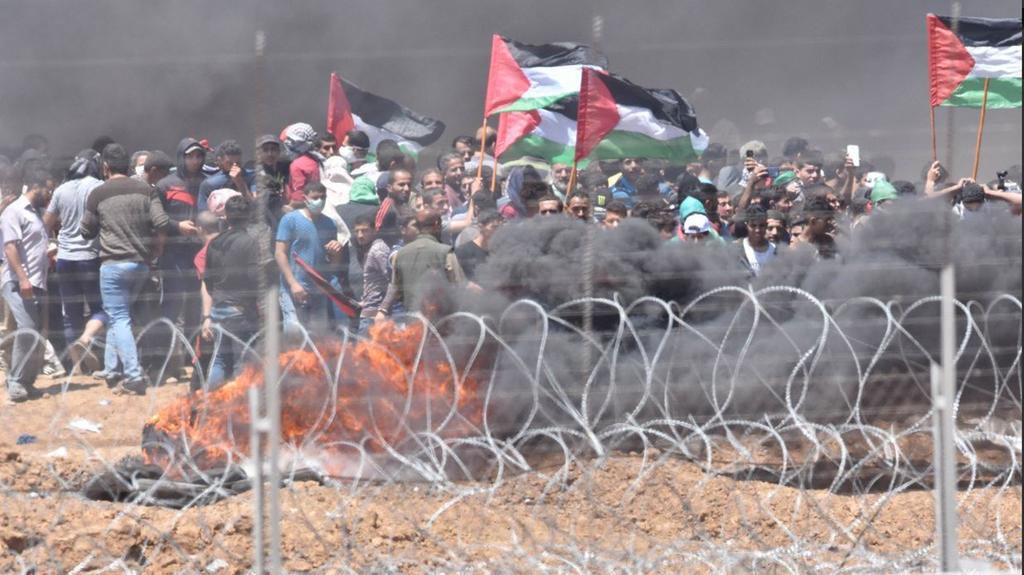 To admit you’re wrong. To announce publicly, “I made a mistake”.

But to apologise when that apology comes bound up with what is, perhaps, the most intractable conflict on earth, makes it a thousand times harder.

But that is what I am. Sorry.

A few days ago I wrote a column about the latest round of violence on the border with Gaza.

It was a cry from the heart. I love Israel. I have always loved it, and cannot envision a time when I will not love it.

But in my office, I sit near a television set. And on Monday, I saw the following, side by side.

On the left, in Jerusalem, I saw happy faces. Self-congratulatory faces. I saw the Prime Minister of Israel talking about how the opening of the US embassy in Jerusalem was a big step towards peace.

And on the right, simultaneously, in Gaza, I saw tear gas, and smoke, and bullets.

And it was in this context that I wrote my piece, which was an extremely personal one. I wrote it in anguish. I wrote it making clear that I despised Hamas and all it stood for. But I also wrote the following:

“Every bullet Israel fires, every life Israel takes, makes this situation worse. There are ways to disperse crowds which do not include live fire. But the IDF has made an active choice to fire live rounds and kill scores of people. You cannot tell me that Israel, a land of technological miracles which have to be seen to be truly believed, is incapable of coming up with a way of incapacitating protestors that does not include gunning dozens of them down. But no. In front of the entire world, Israel keeps shooting, and protestors, including very young protestors, keep dying. You may tell me that Hamas wants these deaths, wants to create martyrs, wants to fill the hearts of the people of Gaza with rage against Israel because the alternative is for people to look at their lives in Gaza and rage against Hamas. But if you tell me that, why are you not asking yourselves why Israel is so willingly giving Hamas exactly what it wishes?”

I received a lot of praise for my piece, from people I admire greatly, as well as from a great many unexpected sources, including from within the Jewish community.

I also received a lot of criticism. I got called a traitor, and that most vile of all insults a Jew can bestow or receive, a “Kapo”.

People also wrote pieces in response. I was told that, as a Jew not currently living in Israel, my greatest worry was whether Starbucks would have almond-soya milk for my latte.

But the criticism I paid more attention to was from people who pointed out that it was absurd to deal in hypotheticals. I’d said that surely there must be a way the protestors could be stopped without shooting live ammunition at them – that Israel, with its incredible technological capabilities, must be capable of developing a way. That was a cry of anguish, but it was not an argument. If no such technology currently exists, then it was absurd of me to blame the IDF for not magically willing it into existence. The traditional crowd stopping technology would not have worked effectively. Rubber bullets are only short range. The same with water cannons. And with tens of thousands of people rushing the border, this would have been extremely unlikely to work effectively. The border would have been broken through. And then, without much of a doubt, a lot of people in Israel would have died.  That was, after all, Hamas’s stated aim.

But what really affected me the most was yesterday, when a Hamas operative went on television and claimed that, of the 62 people killed in the last two days, fifty were Hamas operatives. Islamic Jihad claimed three more, meaning that over 80 percent of the people who were killed while trying to breach the border were members of terrorist organisations whose direct aim is to bring death and suffering into Israel.

And I opened my eyes and saw what I had done.

I had fallen into the trap I had always been convinced I would not fall into. I had condemned Israel for defending itself.

There are things one can write about how Israel could have acted differently in the run-up to these attempts to charge the border. But I did not write about those in my original piece. I wrote that, by killing the Palestinians running towards them, the IDF was giving Hamas exactly what it wished for – martyrs for the cause.

I failed to acknowledge that, either way, Israel would be giving Hamas what it wanted. Shoot at those charging at you and Hamas would have its martyrs. Fail to shoot and Hamas would break through the barrier and bring suffering and death – its stated aim - to Israelis living only a few hundred metres away from that barrier. The march may have originally been, as it was declared to be, about Palestinians returning to the homes they had to leave 70 years before. But Hamas’s aim was far more straightforward - “We will take down the border and we will tear out their hearts from their bodies.”

I wrote in my previous article that Israel was a regional powerhouse, and that it was strong enough to take criticism from Jews in the Diaspora.

I still believe it is strong enough to do so. I just don’t believe that my criticism of it was valid. Given the circumstances, and the situation on the ground, I am at a loss in terms of coming up with a better solution. The choice was, quite literally, shoot at people running at you with the stated aim of killing you and your families, or fail to shoot and let them do it.

I said that Israel should be ashamed of its actions. But today I am the one ashamed.