Egypt and Qatar are working on 2 very different deals for Gaza; both are stalled 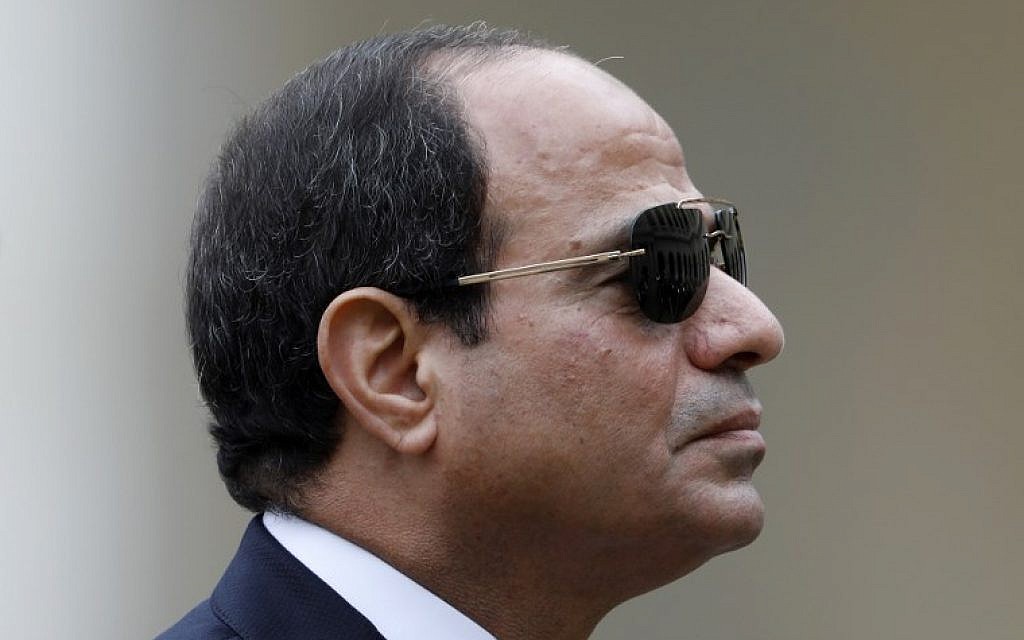 After a period in which a dramatic, significant agreement between Israel and Hamas seemed to some to be imminent, such a notion now looks like a distant fantasy.

Intra-Palestinian reconciliation talks have stalled, for a start, with another round of discussions in Cairo between senior Fatah officials and Egyptian intelligence on the topic having ended recently without yielding results. As in the past, the leaderships of Fatah and Hamas have been trading accusations for that failure.

Violence on the Israel-Gaza border has significantly decreased, with fewer protesters demonstrating near the border fence with Israel on Friday, and fewer incendiary balloons sent to Israeli territory.

Another of the factors preventing a long-term Israel-Hamas agreement is the diplomatic war being waged between Qatar and Egypt over the credit: which of them will be considered the “godfather” of a period of calm or a more substantive deal between the Jewish state and the Islamist terror group that seeks its destruction. 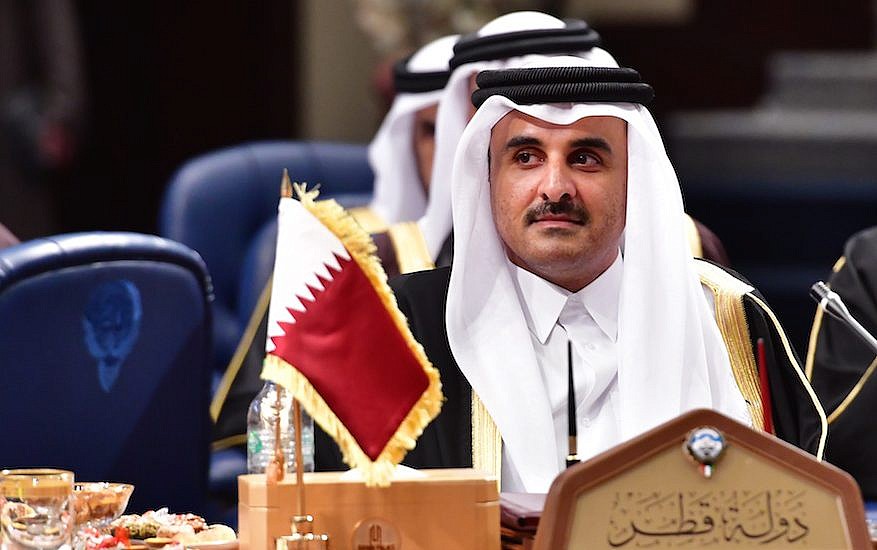 But the real problem is more substantive: Doha and Cairo are taking two very different paths to a calmer future — and those paths do not even end up at the same destination.

The Egyptian stance is that an intra-Palestinian reconciliation deal must first be reached between Hamas and Fatah, and that only after the Fatah-dominated Palestinian Authority government returns to the Gaza Strip can a wider agreement be negotiated between Israel and Gaza.

The big problem with that approach is that intra-Palestinian reconciliation hinges on the good will of PA President Mahmoud Abbas, who is setting conditions he knows full well the terror group that rules the Strip has no intention of conceding: Hamas relinquishing all elements of its rule, disarming its military wing, and handing all its weapons to the PA. As Abbas likes to call it: “One law, one weapon.”

That is pretty much Israel’s dream scenario, although for some reason there are some in Israel who are blaming Abbas for delaying an agreement, instead of encouraging him to stick to his position. 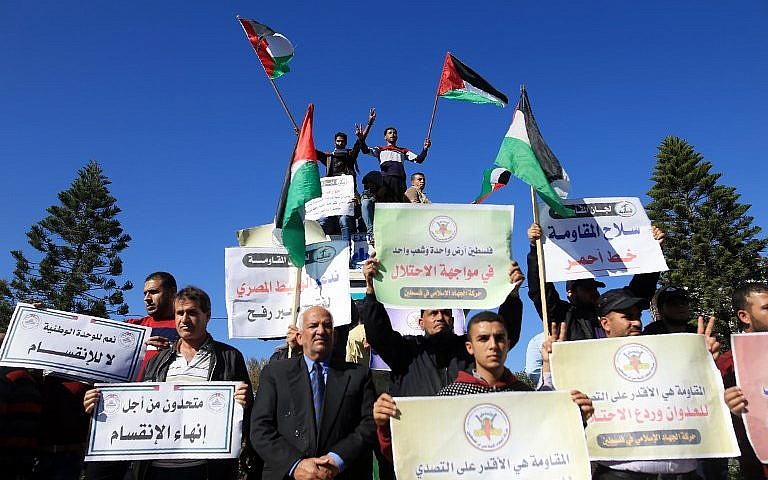 Palestinians wave the national flag during a demonstration in Gaza City on December 3, 2017, in support of the reconciliation talks between Hamas and Fatah. (AFP/Mohammed Abed)

The Qatari plan is almost the other way around. Doha does not want to wait any longer for Abbas, and has been sending countless messages that it is willing to massively invest in the Gaza Strip, including to build an airport for Gazans near Eilat in southern Israel — with Israeli security supervision — from which flights would go to Qatar and Turkey.

Additionally, the Qataris would like to create a maritime route from Gaza to Cyprus, with a port in Cyprus transferring goods to and from the Strip, again under Israeli security supervision.

That possibility has alarmed Abbas, whose associates have made clear that if Hamas agrees to those terms and signs such a deal, it would mean that Gaza was permanently disengaging from the West Bank and therefore the PA would halt all its payments to Gaza. That funding is significant, totaling some $95 million per month.

Egypt, too, strongly opposes those ideas — since its rival Qatar would get all the credit, and since Gaza’s dependence on Cairo would significantly decrease. While the Egyptians would not like to see all two million Gazans dependent upon Cairo, they would also not like to be completely cut out of the picture.