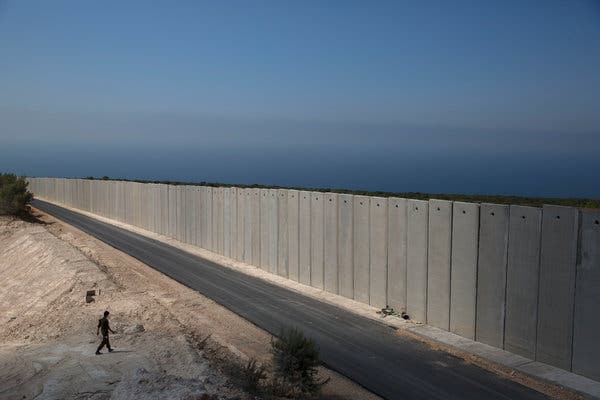 JERUSALEM — The Israeli military moved Tuesday to block tunnels it said Hezbollah has been building under the Lebanese border, saying it wanted “to nip them in the bud” before they posed a threat to Israeli civilians.

Israeli officials cast the operation as part of a broader strategy to curb Iranian influence in the region and, in particular, Tehran’s efforts to upgrade the weaponry of Hezbollah, Israel’s archenemy across the Lebanese frontier.

Prime Minister Benjamin Netanyahu of Israel said the early stages of the military effort, called Operation Northern Shield, had already been successful. “Whoever tries to harm the state of Israel will pay a heavy price,” he said in a statement.

The operation comes as Mr. Netanyahu faces growing legal troubles. On Sunday, the Israeli police recommended that he be indicted on bribery, fraud and other charges — the third in a series of corruption cases against him this year.

Mr. Netanyahu is also leading an increasingly fragile government. His coalition has shrunk, in part because of accusations that he has not acted strongly enough against Hamas, the Islamist militant group that controls Gaza.

Some critics immediately began speculating about whether the military moves at the Lebanese border had been timed to distract from the prime minister’s legal woes and to burnish his image.

Omer Barlev, an opposition legislator from the center-left Zionist Union, said the military action was of the utmost importance, but added, “Parallel to that, it is clear that it constitutes a justification for Netanyahu, who folded before Hamas only a few weeks ago.”

The army and some security experts worked quickly to try to dispel the notion that the timing was politically motivated.

Lt. Col. Jonathan Conricus, a spokesman for the Israel Defense Forces, said the army’s general staff had been preparing the operation for more than a year and a half. It is being conducted now, he said, because the tunnels have crossed the border but are not yet fully operational.

The chief of staff, Lt. Gen. Gadi Eisenkot, said the operation was scheduled and approved by the cabinet nearly a month ago, on Nov. 7.

The military did not say precisely what it would do to close the tunnels. In the past, it has demolished or sealed those built for cross-border attacks against Israel from Gaza. It also did not say how many tunnels it was trying to put out of commission.

But hours into the military operation, the army announced that it had exposed and was preparing to neutralize a tunnel running about 130 feet into Israeli territory from under a house in the Lebanese village of Kela.

None of the tunnels from Lebanon were ready to be used, Colonel Conricus said, and the army neither asked civilians in the area to evacuate nor called up a significant number of reserves. But it did declare an area in the northeast a closed military zone, and said it had “enhanced its presence and readiness” and was “prepared for various scenarios.” 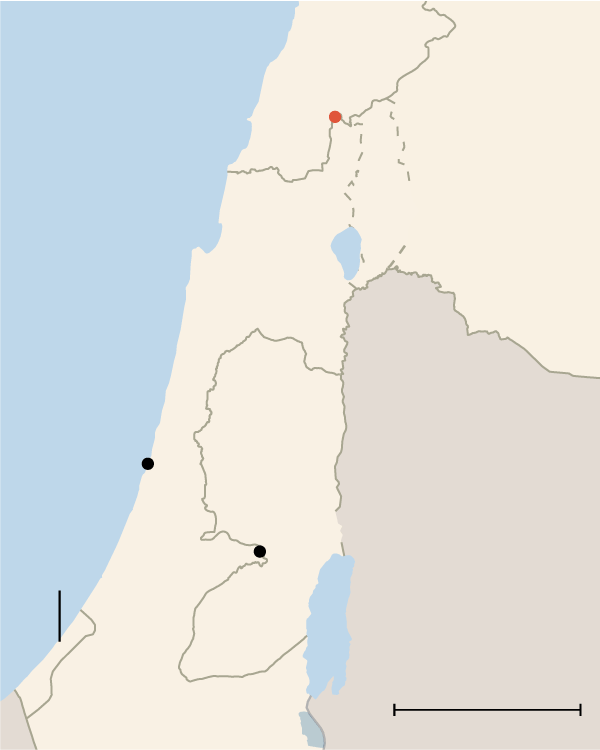 By The New York Times

Brig. Gen. Ronen Manelis, the chief military spokesman, said Israel was prepared for a “broad operation over several weeks.” It was expected to extend along the border, beyond the current area of operations near the town of Metula.

Though Israeli officials emphasized that for now the operation was taking place on the Israeli side of the border, the military warned members of Hezbollah and the Lebanese Army to stay away from the tunnels, saying their lives were in danger. And they would not rule out taking action across the lines at a later stage.

Hezbollah, a Lebanese Shiite organization, has been fighting for years against insurgent groups in Syria to defend the rule of President Bashar al-Assad. Israel has been working intensively to prevent Iran’s efforts to entrench itself in Syria.

But in recent months, Israel has also been warning of Iranian efforts to strengthen Hezbollah in Lebanon, making an eventual confrontation there seem inevitable. Israeli experts said the action against the tunnels could lead to an escalation, though it was not immediately clear if, or how, Hezbollah would respond.

“Now the ball is in the Hezbollah court,” said Yaakov Amidror, a former Israeli national security adviser and retired general.

Speaking to reporters on Tuesday, he said, “They can react — and the reaction to their reaction might be devastating.”

There was no official comment from Hezbollah. But last year, its leader, Hassan Nasrallah, suggested that Hezbollah fighters would try to infiltrate Israel in a future conflict, saying there would be “no place that is out of reach of the rockets of the resistance or the boots of the resistance fighters.”

Mr. Amidror said the military operation was taking place now because the technological, operational and intelligence work was complete. He said Israel had also worked to lay the diplomatic groundwork.

There appeared to be no immediate response to the Israeli operation on the Lebanese side of the border. The state-run National News Agency said that the border area was calm and that United Nations monitors were running patrols in the area to keep watch on the situation.

Israel has been building defensive obstacles along a roughly seven-mile stretch of its border with Lebanon since 2015, constructing fences and creating steep cliffs to deter invading forces.

The tunnel operation came a day after Mr. Netanyahu met in Brussels with the United States secretary of state, Mike Pompeo, to discuss curbing Iranian aggression in the region. Mr. Netanyahu said he had updated Mr. Pompeo about the impending tunnel-clearing work.

Israeli officials have accused Iran of helping Hezbollah build underground factories in Lebanon to upgrade the militant group’s arsenal of missiles, which experts say pose an even greater threat than the tunnels.

But Israel kept its plans for the tunnel operation, and even its knowledge of the existence of such cross-border tunnels, completely under wraps, taking Hezbollah and the Israeli public by surprise with Tuesday’s action.

Israel said the Hezbollah tunnels were “a flagrant and severe violation of Israeli sovereignty” and a violation of United Nations Security Council Resolution 1701, which formalized the cease-fire that ended a devastating, monthlong war between Israel and Hezbollah in the summer of 2006.

Mr. Netanyahu had hinted recently that Israel would soon embark on a military campaign of some sort, warning darkly that it would “require sacrifice.” The warning came in mid-November, when Mr. Netanyahu delivered a live, televised speech in which he urged his teetering coalition partners not to topple the government at what he called a complex time for national security. To do so, he said, would be “irresponsible.”

Israel has long tried to draw international attention to what it says are Hezbollah’s efforts to build up its firepower in southern Lebanon, pointing to arms depots, rocket-launching sites and signs of tunnels in Shiite villages close to the border.

Israelis living close to the border with Lebanon have complained about strange sounds coming from underground, as if the Lebanese militants were digging beneath their homes. In the wake of the complaints the military began a drilling operation in early 2015. It denied finding anything there at the time.

Rose, he gets to wage VERBAL war, the same as quite a number of other world leaders - not Scott Morrison, but plenty of them. He wageas ACTUAL war when any of those others wage ACTUAL war against Israel.

Under President Trump Netanyahu gets to wage war on Iran, Lebanon and any other perceived threat real or imagined to defend Israel at all costs whether a shot has been fired or not under the ruse we have a right to defend ourselves What other country or state gets to behave like this and the world is restrained? It’s dangerous to the world order I am a supporter of Israel but not Netanyahu I hope these investigations against him will result in the end of his political career. Israel deserves a ruler that wants peace not war and so does the rest of the world