Scott Morrison’s cabinet said to approve shift in foreign policy, while putting off relocating mission due to $200 million price tag 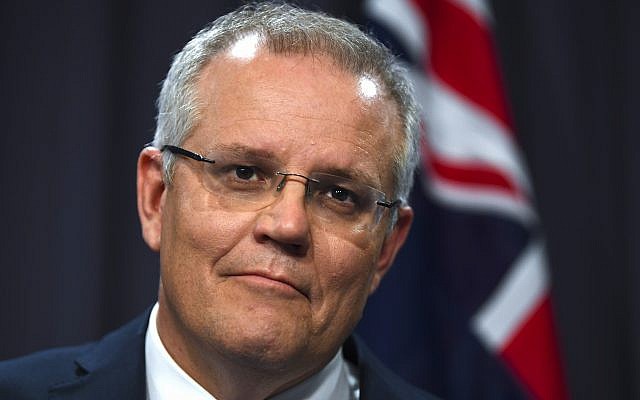 The Australian government is reportedly set to formally recognize Jerusalem as the capital of Israel on Wednesday, but will likely delay moving its embassy there from Tel Aviv due to cost concerns.

Cabinet ministers agreed that moving the embassy to Jerusalem would take place at a later stage, the report said, due to the estimated $200 million it would cost to relocate the diplomatic mission.

Sources told the paper that Canberra would establish a consular office in Jerusalem until the embassy could be moved there.

The report said the decision would likely be announced during Wednesday’s Council of Australian Governments meeting.

It was not clear if the government intended to recognize the entirety of Jerusalem as the Israeli capital, or just West Jerusalem, which Israel has held throughout its existence — as opposed to the eastern sectors of the city that it captured in the 1967 Six Day War. 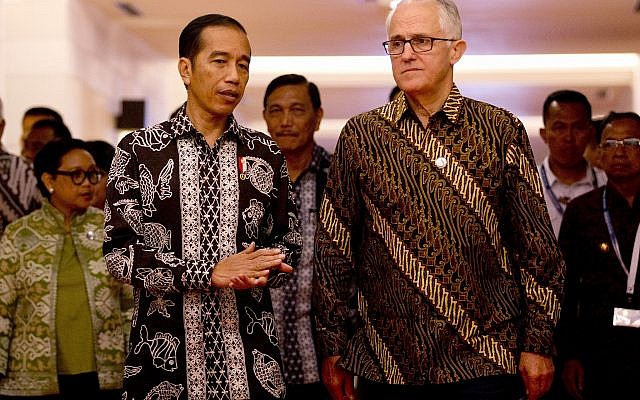 In October, Morrison told reporters he was “open-minded” to following the United States in recognizing Jerusalem as the Israeli capital, in what would be a sharp break in longstanding Australian foreign policy.

The announcement was welcomed by Israel, but heavily criticized by Palestinians and a number of Muslim-majority countries in Asia, including neighboring Indonesia, with which Australia is trying to clinch a landmark free-trade deal.

Morrison at the time said that the potential recognition and relocation of the embassy would not disrupt the Indonesia trade deal or negate Canberra’s longstanding support of the two-state solution to the Israeli-Palestinian conflict.

In a followup statement, Morrison’s government indicated that recognizing Jerusalem as the Israeli capital would only extend to the western part of the city, and East Jerusalem would be designated as the capital of a future Palestinian state.

Relations between Australia and the Muslim-majority Indonesia have been strained since Morrison’s announcement, with Jakarta officials initially indicating the deal may be called off over the changed foreign policy. 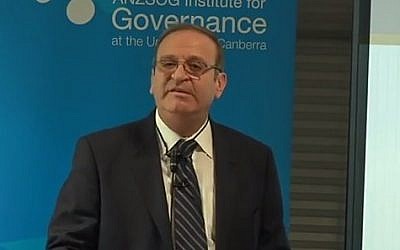 According to The Australian, Foreign Minister Marise Payne informed Indonesian leaders of her government’s intention to recognize Jerusalem during a meeting in Bali last week.

On Tuesday, the Palestinian Authority delegation to Australia slammed the reported upcoming announcement, with envoy Izzat Abdulhadi saying his people should not have to “pay the price for some kind of face-saving move.”

In a statement to The Sydney Morning Herald, Abdulhadi rejected recognizing West Jerusalem as the Israeli capital, saying that such a compromise still “legitimize[d] the illegal occupation of Jerusalem.”

Senior Palestinian official Saeb Erekat also harshly criticized the reported move, and called on Arab and Muslim countries to sever all diplomatic ties with Australia if it changed its policy on Jerusalem. In a tweet Tuesday morning, Erekat said that various Arab and Muslim summits have adopted resolutions committing to ending diplomatic ties with any country that recognizes Jerusalem as belonging to Israel.

Morrison’s mid-October announcement also drew criticism at home. Australia’s spy agency warned the move could could provoke further violent unrest in Israel, while opposition lawmakers accused the prime minister of cynically pandering to Jewish voters ahead of a crucial by-election. 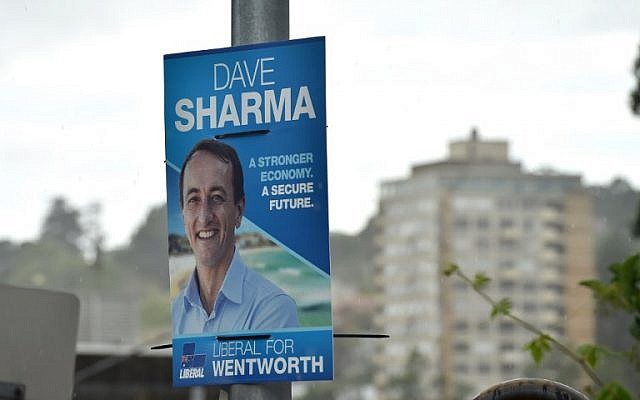 An election poster of Liberal candidate Dave Sharma is seen on a street in the seat of Wentworth in Sydney on October 18, 2018. (Photo by Peter PARKS / AFP)

A top secret bulletin drafted by the Australian Security Intelligence Organization, obtained by The Guardian in October, said the move “may be perceived as shifting to a pro-Israel/anti-Iran stance,” and warned it could damage Australia’s diplomatic and business interests in the Islamic republic.

Morrison floated the idea of recognizing Jerusalem moving the Australian embassy there days before an October by-election in a Sydney electorate with a large Jewish population that featured his fellow party member Dave Sharma, a former ambassador to Israel.

The campaign in Wentworth drew international attention after Morrison raised the prospect of the embassy move, a remark that was slammed by critics and opposition lawmakers as a cynical attempt to pander to Jewish voters.

The government lost the by-election and its single-seat majority in the House of Representatives, forcing Morrison to rely on deals with independent lawmakers to guarantee confidence in his government, enact legislation and ensure money supply.