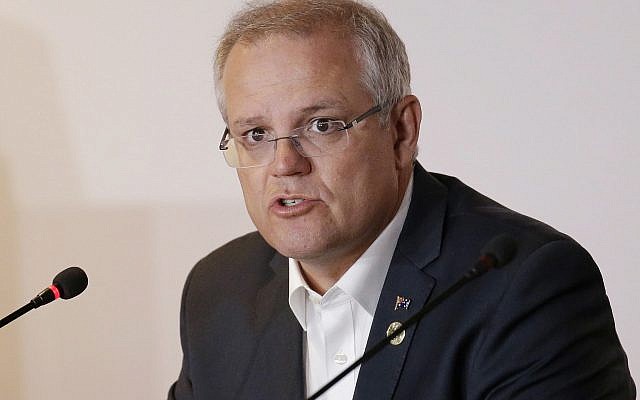 SYDNEY, Australia — Australia’s conservative prime minister on Sunday stood by his decision to recognize West Jerusalem as the capital of Israel, despite criticism from neighboring Muslim countries.

Canberra became one of a handful of governments to follow US President Donald Trump’s lead and recognize the contested city as Israel’s capital, Prime Minister Scott Morrison had announced Saturday.

But a contentious embassy shift from Tel Aviv — a proposal made during a crucial Sydney by-election that critics said was timed to attract Jewish voters — will not occur until a peace settlement is achieved. And unlike Trump, Morrison stressed that Australia was recognizing only West Jerusalem as the Israeli capital; Israel claims sovereignty throughout the city.

The announcement was “premature and a humiliation to the Palestinians and their struggle for the right to self-determination,” the government said in a statement advocating a two-state solution to the Israeli-Palestinian conflict. 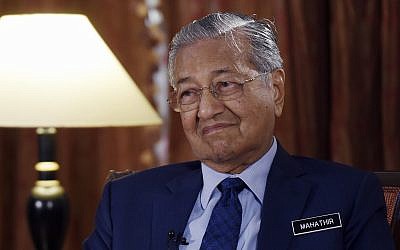 Australia’s immediate neighbor Indonesia, the world’s most populous Muslim nation, was angered by the embassy move proposal in the run-up to the by-election, and said Saturday it “notes” the decision.

Citing Jakarta’s response, Morrison said Sunday that the international reaction had been “measured” and that his decision would progress a two-state solution.

“I think the responses that we have seen from countries so far has been measured,” Morrison told reporters in Canberra.

“Australia would continue to respect a two-state outcome that remained our goal as strongly as ever.”

Australia had on Friday warned citizens to take care while traveling in neighboring Muslim-majority Indonesia ahead of the expected announcement by Morrison.

Israel’s embassy in Canberra on Sunday said the decision was a “step in the right direction,” echoing a response from Israel’s Foreign Ministry.

However, a senior Israeli official told Hebrew media that Israel was disappointed by Australia’s decision to stress that its recognition only pertained to West Jerusalem.

“We’re disappointed with the Australian decision…[Prime Minister Scott] Morrison only went half-way. It’s a step in the right direction, but we expected more,” said the official, who spoke on the condition of anonymity.

Both Israel and the Palestinians claim Jerusalem as their capital.

Palestinians had excoriated the Australian decision, with top official Saeb Erekat saying the move was “irresponsible.”

The Palestinian negotiator also dismissed Australian claims that the move would help advance a two-state solution, saying Canberra refuses to recognize Palestine as a state, votes against the Palestinian right to self-determination, and continues to trade with Israeli settlements in the West Bank.

While Australia’s then-foreign minister Julie Bishop said in June that “the Australian government will not be moving our embassy to Jerusalem,” Morrison said in October that he was “open-minded” regarding following the Americans. 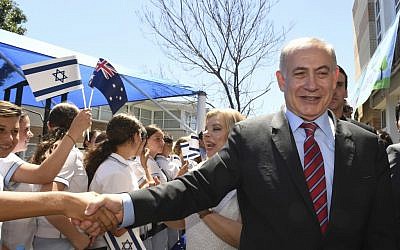 Prime Minister of Israel Benjamin Netanyahu, right, shakes the hand of a student during a visit the Moriah War Memorial College in Sydney, Thursday, Feb. 23, 2017. (Dean Lewins/Pool via AP)

Most foreign nations avoided moving embassies there to prevent inflaming peace talks on the city’s final status — until Trump unilaterally moved the US embassy earlier this year.

Morrison’s embattled coalition slipped into a minority government after losing the Sydney by-election in October, which followed the Liberal party’s ousting of the local member and then prime minister Malcolm Turnbull.