More than 200 students have voted against forming a new Jewish society, raising fears of anti-semitism.

The national Union of Jewish Students (UJS) said it was "shocking" there were objections to the new society at the University of Essex's students union.

Some students said they were against society proposals to "explore zionism" and celebrate the Israeli national day. 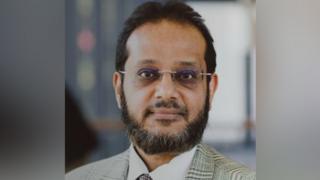 More than 600 people voted on the ratification of the society in total - with about 64% in favour.

The union, which has other religious societies, said on Thursday the vote had been declared void due to an "irregularity" and would be rerun.

A spokesman for UJS said: "We are deeply disappointed by the significant proportion of students who have voted against the establishment of a Jewish society at the University of Essex. Jewish societies, of which over 60 exist on UK campuses up and down the country, provide a space for Jewish students to celebrate their culture and identity.

"The fact that some students at the University of Essex deem it fit to vote against that is quite simply shocking."

However, some students have said they did not object to the society in principle but to its proposals to promote the Israeli national day and explore Zionism, which they argue are political rather than religious topics.

One student who wished to remain anonymous said: "Unfortunately this manifesto excludes a huge proportion of the Jewish community and implies that all Jews support the Israeli state. Judaism should not be conflated with Israel."

The UJS also raised concerns about Facebook posts claimed to have been from the account of computer science lecturer Dr Maaruf Ali which allegedly included "the Zionists next want to create a society here at our university".

Posts also appeared to have been shared from the account which appeared to deny the Holocaust.

The posts, which the BBC has seen, have since been deleted. Dr Ali directed the BBC's requests for comment to the university.

The Colchester-based University of Essex, which has more than 15,000 students in total, said it would not comment on individual cases but had a zero-tolerance policy towards acts of hate or harassment.

A spokeswoman said: "Alongside our commitment to freedom of speech, we also have clear guidelines for student and staff conduct and we have zero tolerance towards harassment or hate crime and will always take appropriate and proportionate action.

"We are looking into the allegations as a matter of urgency in accordance with our zero tolerance policy."

A student union spokesman said they welcomed the establishment of a Jewish Society.

He added: "As a union we reject any form of hate speech and we are taking all reports of anti-semitic behaviour extremely seriously and ensuring that these are investigated and acted upon.

"In particular we are extremely concerned by the reported comments by a member of university staff and we are representing these concerns and those raised by our members, to the university."

He added the vote had mistakenly been made open to all students and would now be run with only Societies Guild members able to vote.

The vote about the Jewish society has gained attention from celebrities including comedian David Baddiel and Countdown presenter Rachel Riley who tweeted: "The cancer that is anti-semitism is spreading. Shocking discrimination."