Airbnb has agreed to completely retract its policy of delisting Jewish homes in Judea and Samaria, the Tel Aviv-based Shurat HaDin-Israel Law Center announced on Tuesday. 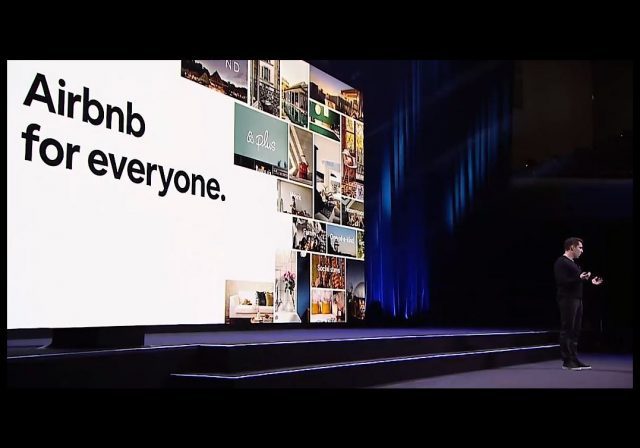 Over the past few weeks, Shurat Hadin has been negotiating a settlement agreement with the online hospitality giant to rescind its discriminatory policy redlining Jewish-owned properties in the Judea and Samaria region. That policy, announced in November 2018, had banned Jewish property owners in Judea and Samaria from listing properties on Airbnb, while allowing Muslim and Christian property owners to list properties in the same area.

The plaintiffs, a group of 12 Jewish American families, had filed a civil rights lawsuit against Airbnb in the United States Federal District Court for the District of Delaware. The lawsuit was brought in Delaware because Airbnb is incorporated in Delaware.

The plaintiffs alleged that the policy of the San Francisco-based internet hospitality company discriminated against them based upon their religion.

When Airbnb publicly announced its redlining policy barring rentals of Jewish-owned properties in November, it stated it would no longer agree to list these homes due to claims that such properties are located in Palestinian-owned territories illegally occupied by Israeli settlers. The plaintiff homeowners, however, dispute that contention and contend that all the properties are legal.

Further, the plaintiffs asserted that Airbnb had succumbed to pressure from the anti-Israel Boycott, Divestment and Sanctions (BDS) movement, which seeks to delegitimize the Jewish state and challenges its right to exist.

While the properties were located in Judea and Samaria, the plaintiffs alleged that the discrimination was being committed by Airbnb, which is located in the United States and is bound to follow federal policies of non-discrimination wherever it operates in the world. The plaintiffs asked that the court enjoin Airbnb from discriminatory practices against Jewish homeowners and sought compensation for any lost rental income from Airbnb.

Under the settlement agreement, Airbnb has agreed to adopt a neutral policy towards all properties in the region, allowing all homeowners to list their houses for rental on its web platform regardless of their religion, race or national origin.

A Powerful Defeat for BDS

“The rescinding of Airbnb’s discriminatory policy is, thus, a powerful defeat for the anti-Israel boycott movement. BDS is an anti-Semitic campaign which purports to care about human rights but whose real goal is to completely replace the Jewish State with a Palestinian one,” Shurat HaDin stated. “Other international companies need to learn the lessons from Airbnb’s mistake and understand that boycotting Israel and discriminating against Jews are unlawful acts which will ultimately result in dire legal consequences, public condemnations, and embarrassment. No outside party can decide for Israel what its legitimate borders will be or where Jews will be permitted to live.

“This is an important and precedential decision in the battle against the racist BDS movement.”