by Chris Isidore and Brian Stelter 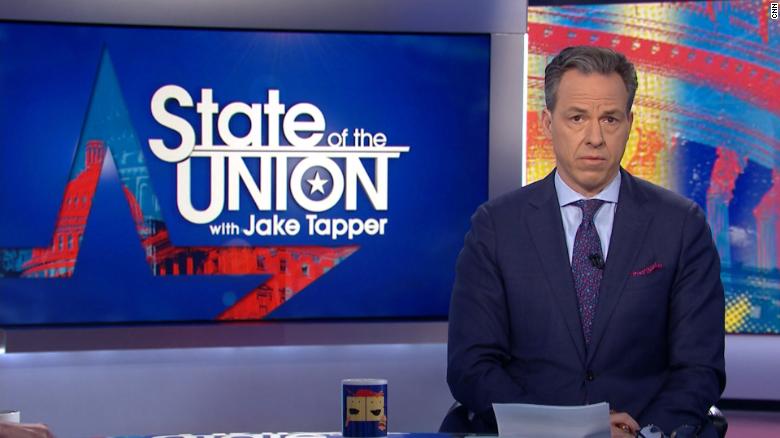 After a barrage of criticism, the New York Times said Sunday it was deeply sorry about publishing an anti-Semitic cartoon depicting Israeli Prime Minister Benjamin Netanyahu as a dog on a leash held by a blind President Donald Trump.

It is promising "significant changes" in its decision making process in the wake of the embarrassment.

The cartoon appeared in the opinion section of the international print edition of the paper next to a column by Thomas Friedman about immigration.

The Times apology came Sunday afternoon after it issued an earlier statement saying it was wrong to run a cartoon that contained "anti-Semitic tropes." But that statement did not contain any apology.
The new statement said: "We are deeply sorry for the publication of an anti-Semitic political cartoon last Thursday in the print edition of The New York Times that circulates outside of the United States, and we are committed to making sure nothing like this happens again."
"Such imagery is always dangerous, and at a time when anti-Semitism is on the rise worldwide, it's all the more unacceptable," it continued.
The paper said the decision to run the syndicated cartoon was made by a single editor working without adequate oversight.
"The matter remains under review, and we are evaluating our internal processes and training," said the statement. "We anticipate significant changes."
Critics had said the Times' first statement was inadequate.
"The image was offensive, and it was an error of judgment to publish it. It was provided by The New York Times News Service and Syndicate, which has since deleted it," said the initial statement from the Times, which it disclosed in a tweet and said would appear in the print edition of the paper on Monday.
"Apology not accepted. How many New York Times editors looked at a cartoon that would not have looked out of place on a white supremacist website and thought it met the paper's editorial standards? What does this say about your processes or your decision makers? How are you fixing it?" tweeted the American Jewish Committee.
David Harris, the CEO of the AJC, also condemned the Times and its lack of a full apology.
"No, 'apology' isn't adequate. Rather, [the New York Times] owes readers an explanation of how this happened — after all, decision to print it involved more than one person — & what it says about the paper's view of Israel & Jews," he wrote in one tweet.
"While #Antisemitism is rising...synagogues are attacked & Jews killed...democratic #Israel is demonized...& Jewish institutions are forced to bolster security...The 'paper of record' pours oil on the fire," he said in another.
Most staffers who work in the United States for The Times did not know about the image in the international editions until they read about the editor's note on Saturday, according to three Times staffers who requested anonymity. They were alarmed to see the image in the first place -- and dismayed that the initial explanation was so feeble.
The cartoon, and the Times' attitude towards Israel, was criticized in a column posted Sunday by Bret Stephens, one of the paper's op-ed columnists. He said he is certain that the Times is not guilty of institutional anti-Semitism. But he said the cartoon was a sign of the Times ongoing criticism of Zionism and the Israeli government.
"The almost torrential criticism of Israel and the mainstreaming of anti-Zionism, including by this paper, ...has become so common that people have been desensitized to its inherent bigotry," he wrote.
And he argued that "anti-Zionism is all but indistinguishable from anti-Semitism in practice and often in intent, however much progressives try to deny this."
The cartoon and the initial lack of apology was also criticized by White House counselor Kellyanne Conway in an appearance on "State of the Union" on CNN on Sunday.
"This anti-Semitic cartoon which I'm not even going to describe the particulars because it is so odious and offensive, they didn't even apologize for it," she said Sunday morning ahead of the Times' second statement. "Apologies usually include words like regret, sorry and apologize. They didn't do that." CNN host Jake Tapper agreed with her statement.
And the cartoon, and the Times response, also came under criticism on Reliable Sources on CNN on Sunday.
# reads: 484