A Despicable Cartoon in The Times 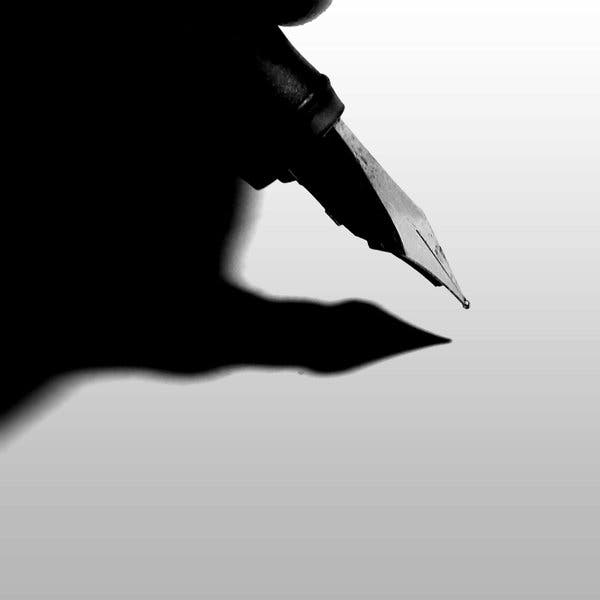 As prejudices go, anti-Semitism can sometimes be hard to pin down, but on Thursday the opinion pages of The New York Times international edition provided a textbook illustration of it.

Except that The Times wasn’t explaining anti-Semitism. It was purveying it.

It did so in the form of a cartoon, provided to the newspaper by a wire service and published directly above an unrelated column by Tom Friedman, in which a guide dog with a prideful countenance and the face of Benjamin Netanyahu leads a blind, fat Donald Trump wearing dark glasses and a black yarmulke. Lest there be any doubt as to the identity of the dog-man, it wears a collar from which hangs a Star of David.

Here was an image that, in another age, might have been published in the pages of Der Stürmer. The Jew in the form of a dog. The small but wily Jew leading the dumb and trusting American. The hated Trump being Judaized with a skullcap. The nominal servant acting as the true master. The cartoon checked so many anti-Semitic boxes that the only thing missing was a dollar sign.

The image also had an obvious political message: Namely, that in the current administration, the United States follows wherever Israel wants to go. This is false — consider Israel’s horrified reaction to Trump’s announcement last year that he intended to withdraw U.S. forces from Syria — but it’s beside the point. There are legitimate ways to criticize Trump’s approach to Israel, in pictures as well as words. But there was nothing legitimate about this cartoon.

So what was it doing in The Times?

For some Times readers — or, as often, former readers — the answer is clear: The Times has a longstanding Jewish problem, dating back to World War II, when it mostly buried news about the Holocaust, and continuing into the present day in the form of intensely adversarial coverage of Israel. The criticism goes double when it comes to the editorial pages, whose overall approach toward the Jewish state tends to range, with some notable exceptions, from tut-tutting disappointment to thunderous condemnation.

For these readers, the cartoon would have come like the slip of the tongue that reveals the deeper institutional prejudice. What was long suspected is, at last, revealed.

The real story is a bit different, though not in ways that acquit The Times. The cartoon appeared in the print version of the international edition, which has a limited overseas circulation, a much smaller staff, and far less oversight than the regular edition. Incredibly, the cartoon itself was selected and seen by just one midlevel editor right before the paper went to press.

An initial editor’s note acknowledged that the cartoon “included anti-Semitic tropes,” “was offensive,” and that “it was an error of judgment to publish it.” On Sunday, The Times issued an additional statement saying it was “deeply sorry” for the cartoon and that “significant changes” would be made in terms of internal processes and training.

In other words, the paper’s position is that it is guilty of a serious screw-up but not a cardinal sin. Not quite.

Imagine, for instance, if the dog on a leash in the image hadn’t been the Israeli prime minister but instead a prominent woman such as Nancy Pelosi, a person of color such as John Lewis, or a Muslim such as Ilhan Omar. Would that have gone unnoticed by either the wire service that provides the Times with images or the editor who, even if he were working in haste, selected it?

The question answers itself. And it raises a follow-on: How have even the most blatant expressions of anti-Semitism become almost undetectable to editors who think it’s part of their job to stand up to bigotry?

The reason is the almost torrential criticism of Israel and the mainstreaming of anti-Zionism, including by this paper, which has become so common that people have been desensitized to its inherent bigotry. So long as anti-Semitic arguments or images are framed, however speciously, as commentary about Israel, there will be a tendency to view them as a form of political opinion, not ethnic prejudice. But as I noted in a Sunday Review essay in February, anti-Zionism is all but indistinguishable from anti-Semitism in practice and often in intent, however much progressives try to deny this.

Add to the mix the media’s routine demonization of Netanyahu, and it is easy to see how the cartoon came to be drawn and published: Already depicted as a malevolent Jewish leader, it’s just a short step to depict him as a malevolent Jew.

I’m writing this column conscious of the fact that it is unusually critical of the newspaper in which it appears, and it is a credit to the paper that it is publishing it. I have now been with The Times for two years and I’m certain that the charge that the institution is in any way anti-Semitic is a calumny.

But the publication of the cartoon isn’t just an “error of judgment,” either. The paper owes the Israeli prime minister an apology. It owes itself some serious reflection as to how it came to publish that cartoon — and how its publication came, to many longtime readers, as a shock but not a surprise.

The Times is committed to publishing a diversity of letters to the editor. We’d like to hear what you think about this or any of our articles. Here are some tips. And here’s our email: letters@nytimes.com.

Bret L. Stephens has been an Opinion columnist with The Times since April 2017. He won a Pulitzer Prize for commentary at The Wall Street Journal in 2013 and was previously editor in chief of The Jerusalem Post.