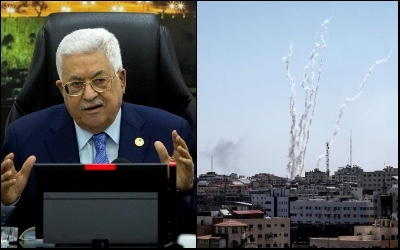 A common thread? The PA declared on April 29 that it won't accept tax revenues from Israel if its terror funding is deducted, while Hamas launched 200+ rockets at Israel from Gaza on May 4.

Palestinians do weird things: A few days ago, the Palestinian Authority (PA), which rules most of the West Bank, refused to accept the tax revenues it is owed by the Israeli government. Today, Hamas, which rules all of Gaza, launched more than 200 rockets against Israel.

Both of these are, on the surface, self-defeating steps that make no sense. Not taking the money means the PA could collapse; firing rockets means Hamas is getting battered militarily by the far superior Israeli forces.

So, why do the leaders of these quasi-governmental entities take such apparently self-defeating steps? Because they bring results. Follow the logic: 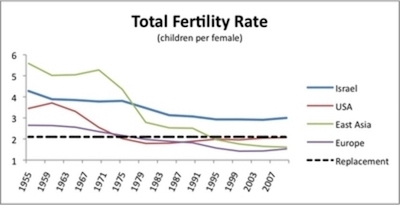 One sign of Israel's success: It is the only developed country with a growing indigenous population.

Therefore, the Palestinians play a game of chicken, disturbing the quiet in return for an Israeli pay-off. The Palestinian Authority says, give us the money you're holding back that we use to fund attacks on Israelis or our whole structure will come crashing down and you'll have a much bigger mess on your hands. Hamas says, give us access to the money Qatar is sending us or we will make life miserable for you, with rockets raining down during your Memorial Day, Independence Day, and the semi-finals of the Eurovision Song Contest.

Palestinian logic boils down to blackmail: You Israelis are rich, strong, and happy, so we will make you miserable unless you give us or give us access to more money. It's weird, it's sick, but it usually works, especially given an Israeli security establishment for whom quiet is the first priority.

So, expect these tactics to succeed and be deployed time and again into the future.