Published Sunday July 14, 2019
from The Independent 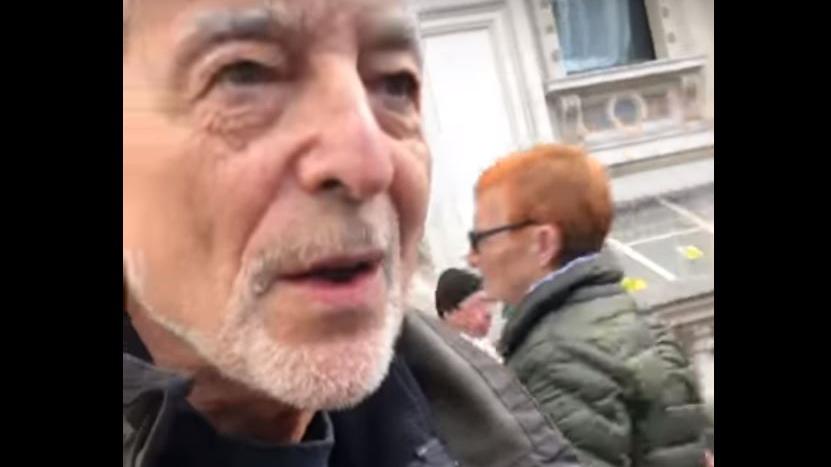 The Labour party’s reaction to last night’s BBC Panorama programme Is Labour Anti-Semitic? – in which I participated – is a scandal in itself. The party machine has allowed the reputations of ex-staff to be trashed, questioned the integrity of hurt and bewildered young Jews and emboldened its already cultish form of denialism.

At best, the present leadership is incapable of understanding Labour’s antisemitism. At worst, it is an enabler of it. The leadership’s time has run out: they have to be replaced.

In 1980 the Marxist historian Eric Hobsbawm, no friend of Israel, warned that a new form of antisemitism was emerging. Across huge tracts of the world, antisemitism had never gone away and survived in two major regions in the post-war years. He said: “Under Islam and, unfortunately, in some countries committed to an ideology which rejected racism, notably the Soviet Union” where “antisemitism … was … tolerated and sometimes encouraged” after the Holocaust. He suggesting that, in the era of the Jewish state, antisemitsm was “now dressed up as anti-Zionism”.

Hobsbawm predicted that this “new” form of antisemitism would grow in influence. And so it has. But the party leadership has failed to grasp the character of “new antisemitism” and so has also failed to grasp the difference between legitimate criticism of Israeli policy – including criticism of the occupation of the territories, the settlement project, aspects of the treatment of minorities in Israel, and the degree of force Israel uses against Palestinians – and illegitimate discourse. This discourse relies on demonising, dehumanising and conspiracist language to bend the meaning of "Israel" and "Zionism" and "Zionists" so far out of shape that each term becomes a fit receptacle for the tropes, images and ideas of classical antisemitism.

The party has failed to grasp that antisemitism “dressed up” as anti-Zionism has three components: a political programme to abolish the Jewish homeland (and no other homeland), a discourse to demonise it as evil and “Nazi” (and only it), and a global movement to make Israel a global pariah state so it can be “smashed” (an anathema applied to no other state in the world, only the little Jewish one).

Let’s face facts. Today, the euphemism is very often “Zionist”, “Zio” or “Global Zionism". “Israel”, “Zionism” and “Global Zionism” are not criticised but rather depicted by the new antisemite in eerily similar ways to how “the Jew” was anathematised by the old antisemites:

Adding to this, all supporters of the existence of Israel (most of whom are critical-to-very-critical of some Israeli policies) are lumped together and monstered as “the Zionists” to be attacked, banned, driven out of the movement and denied access to the public square. That’s what the Corbynista keyboard warriors have been screaming every day on social media for four years.

When a person says “the Zionists” control the media, or control America, or did 9/11, or created ISIS. When they use the term “Zio”, “Zio-Nazis” or they say Israel is the “new Third Reich” and so should be “smashed”. When they demand all UK Jews take responsibility for Israeli policy in the West Bank (or else), this is not “criticism of Israel” – it is antisemitism. The party needs a new leadership that understands this and eradicates it once and for all.

Alan Johnson is a political theorist and activist. He is a senior research fellow at the Britain Israel Communications and Research Centre