Israel :bracing for direct missile or drone attack by Iran 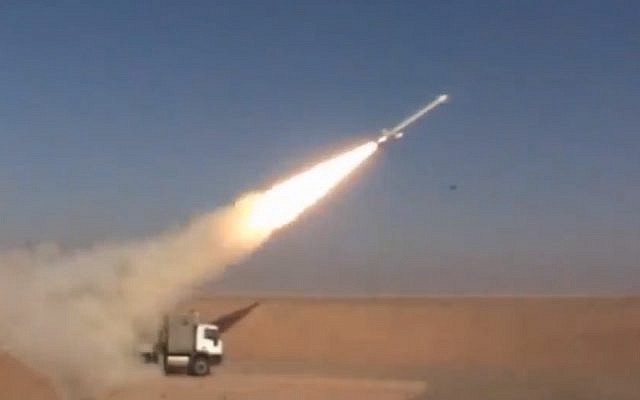 Israel is readying for a direct cruise missile or drone strike by Tehran in response to recent attacks on Iranian regional proxies which have been attributed to the Jewish state, Army Radio reported Tuesday evening.

Unlike ballistic missiles, which usually fly through a high arc on the way to the target, cruise missiles and drones fly at low altitude, making them harder to detect.

The report cited anonymous “Israeli sources,” who said the IDF was already on high alert for the possibility and that the security cabinet will convene for an “unplanned” meeting next Tuesday against a backdrop of tensions with the Islamic Republic.

This would be the second time this month that the high-level security cabinet has convened. On October 6, its members gathered amid cryptic warnings by Israeli leaders of a growing security threat from Iran. That meeting lasted for nearly six hours.

During the meeting, ministers discussed a proposal, being pushed by Prime Minister Benjamin Netanyahu, for a NIS 1 billion ($290 million) project to boost Israel’s air defenses that would place particular focus on defending the country against cruise missile attacks. 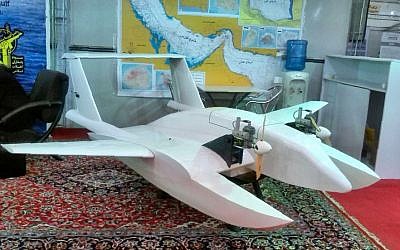 Channel 12 at the time cited anonymous officials who believed Tehran may have publicized information about an allegedly foiled “Israel-Arab” plot to assassinate General Qassem Soleimani, the head of the elite Quds Force in Iran’s Islamic Revolutionary Guard Corps, as a pretense to attack Israel.

Both Netanyahu and President Reuven Rivlin have mentioned crucial security needs in recent days as they called for the formation of a broad unity government after the September 17 elections.

Iran appears to have been building up its drone activities and attacks in recent months — in August, Israeli fighter jets carried out airstrikes in Syria to thwart a planned attack on Israel by Iran-backed fighters using armed drones, the Israel Defense Forces said. The Israeli military said its strike targeted operatives from Iran’s Islamic Revolutionary Guard Corps’ Quds Force as well as Shiite militias who had been planning on sending “kamikaze” attack drones into Israel armed with explosives.

In September, a cruise missile and drone attack on Saudi Arabian oil facilities knocked out half the kingdom’s oil production. Although Yemen’s Iranian-backed Houthi rebels claimed responsibility, the US, Britain, France, Germany, and Saudi Arabia have blamed Iran of being behind the attack.

Channel 12 news reported that defense officials who have studied the weapons used in the attack on the Saudi facilities concluded that a similar assault by Iran on Israel, if it came, would likely be launched from western Iraq, where there is a strong presence of Iran-backed militias.

Iran regularly threatens Israel, viewing the country as a powerful enemy allied with the United States and Sunni countries in the region against Tehran and its nuclear ambitions.

Israel has also thwarted Iranian operations in neighboring Syria where its fighters and those of Iranian proxy Hezbollah have been fighting alongside forces loyal to Syrian President Bashar Assad since 2011. 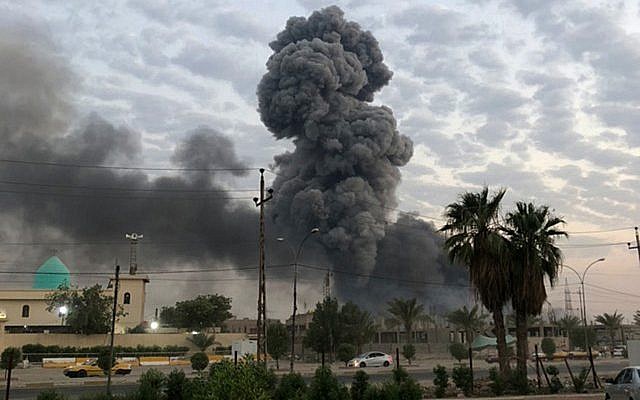 In this photo from August 12, 2019, plumes of smoke rise after an explosion at a military base southwest of Baghdad, Iraq. (AP Photo/Loay Hameed)

Israel has vowed to prevent Iran’s regional proxy militias from obtaining advanced weapons to use against the Jewish state and has carried out hundreds of air strikes in Syria that it says were to prevent deliver of weapons and to stop Iranian military entrenchment in that country.

The Qatari-funded TV network also quoted him as saying that “many indicators show that no one wants war in the region except for Israel,” according to a translation by the Reuters news agency.

A spokesperson for the Israel Defense Forces declined to comment on the statements from the Iraqi premier, saying “these are reports from foreign media and we do not comment on them.”

Since July, there have been at least nine strikes both inside Iraq and across the border in Syria, targeting the Iran-backed militias, known collectively as the Popular Mobilization Forces, or PMF.

Leaders of the powerful Shiite paramilitary group have repeatedly blamed Israel and by extension its US ally, which maintains more than 5,000 troops in Iraq.

Israel has not confirmed its involvement in the attacks, though Netanyahu has hinted at the possibility that it has struck in Iraq.

Earlier this month, a senior Iranian lawmaker blamed Israel, the United States and Saudi Arabia for an alleged attack on an oil tanker off the Saudi coast and said he would take the complaint to the UN. 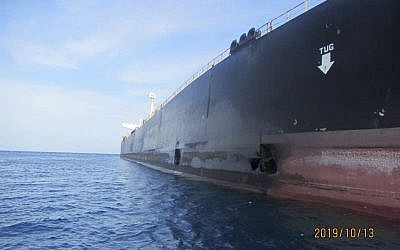 This photo taken on Sunday, Oct. 13, 2019, and released by the official news agency of the Iranian Oil Ministry, SHANA, shows the scene of damage by two missiles that allegedly struck the Iranian oil tanker Sabiti, at the Red Sea. (SHANA via AP)

Tehran says the Iranian-flagged Sabiti tanker was hit by two separate explosions off the Red Sea port of Jeddah.

Hassan Beigi, a member of the Iranian parliament’s national security and foreign policy commission, claimed without evidence that the US, Israel and Saudi Arabia were alleging the Islamic State jihadist group or Afghanistan’s Taliban for an alleged attack on an oil tanker last week off the Saudi coast and said he would take the complaint to the UN.