As Mideast prepares for peace plan, Greenblatt’s legacy lives on

The special representative, who has been one of President Trump's most trusted advisers and the "chief architect" of the administration's peace vision, is set to leave at the end of October. In his long pursuit of peace, he has managed to change paradigms, instill new Mideast semantics, and win praise across the board. Poised to join the private sector, he says he will continue supporting peace efforts.

One of the US officials most associated with the Trump administration's Mideast peace efforts, US Special Representative for International Negotiations Jason D. Greenblatt, will leave his post at the end of October.

Greenblatt announced his departure in September and had planned to stay on the job until the administration revealed the political component of its peace plan and after a new government will have been formed in Israel.

But in the wake of the Sept. 17 Israeli election, it transpired that a new government would only be sworn in much later in the year, or even in 2020, and as a result, Greenblatt decided not to wait. He said he would continue helping the administration's peace drive even after joining the private sector.

Most Israelis have probably heard of Greenblatt and know that he has been involved in the US peace initiative, but not many are aware of just how involved and instrumental he has been in hashing out the details of the special relationship between the Israeli government and the White House over the past three years.

Greenblatt was one of President Donald Trump's advisers for Israeli affairs on the campaign trail and also worked as his lawyer in the past. As such, the trust between them is exponentially higher than what you would expect to find between a president and his aide.

After Trump was sworn in, Greenblatt became one of the most important figures in the administration's peace team and was tasked, along with Senior Adviser Jared Kushner and US Ambassador to Israel David Friedman, with drafting the provisions of the peace plan.

Throughout his tenure at the White House, he has always made sure to engage Israel and the Palestinians in a professional and dignified way, yet not once did he shy away from speaking out the truth, even when it was uncomfortable for one of the sides to hear.

This approach was designed to create a paradigm shift among the key players in the Middle East and help generate a diplomatic breakthrough.

Greenblatt repeatedly took the Palestinian Authority to task over its duplicity, such as over its "pay-for-slay" policy of paying Palestinian terrorists and their families even as it insisted it wanted peace. He has also repeatedly defended Israel on international forums in an effort to put an end to the systematic bias against the Jewish state.

"Ours is not a journey of self-delusion. There is no magic wand that President Trump or Prime Minister Benjamin Netanyahu, or President Mahmoud Abbas can wave to resolve this conflict," Greenblatt said at Israel Hayom Forum for US-Israel Relations in June. "There is no easy answer as to how to balance the absolute imperative of protecting Israel’s security – a principle on which the United States will never compromise – with Palestinian aspirations," he continued, adding that "yesterday's peace plans have been unable to create a path to a brighter and more prosperous future while addressing the many challenges [that we need] to overcome."

The White House has described Greenblatt as "the chief architect of the peace vision," noting that he "was actively involved and strongly encouraged the many dramatic changes that occurred over the past three years in the relationship between Israel and the Arab countries in the region."

The White House statement further said that he played "an important role in many of the Trump administration's decisions regarding Israel and the conflict, including the recognition by President Trump of Jerusalem as the capital of Israel, the move of the US Embassy to Jerusalem, the recognition by President Trump of Israel's sovereignty to the Golan Heights and many other decisions." 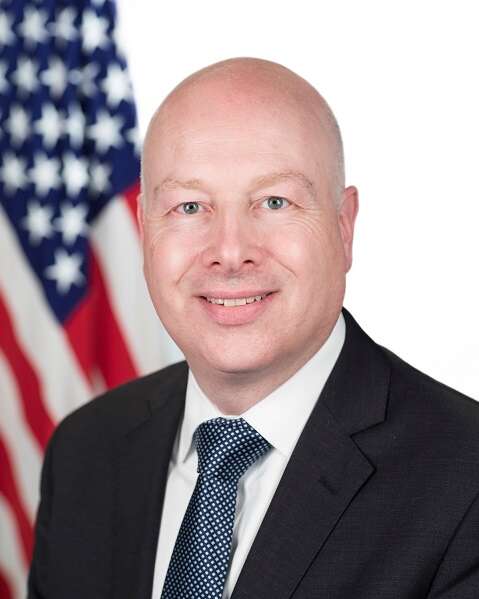 Many others have also praised his work in the wake of his decision to leave. One of his legacies will most likely be the semantical shift in the vocabulary of US negotiators. Greenblatt has refused to use the word "settlements" for Israeli communities beyond the Green Line, and has instead called them "cities" and "neighborhoods."

He has also refused to describe Palestinians living in refugee camps as "Palestinian refugees" because Arab states and humanitarian groups manipulate the numbers of actual refugees in order to cynically use them as pawns against Israel while keeping them impoverished.

In one of his famous speeches before the UN Security Council, Greenblatt rebuked the international community for letting this important forum turn Israel into a punching bag, warning that the Palestinians should not be allowed to freely use the council to shape the narrative of the conflict and make the UN an anti-Israel propaganda machine.

"It is true that the Palestine Liberation Organization and the Palestinian Authority continue to assert that east Jerusalem must be a capital for the Palestinians," he told the Security Council. "But let's remember: An aspiration is not a right. Please do not read into that statement anything about the content of the political portion of the [peace] plan. I am making a statement of fact. Aspirations belong at the negotiating table. And only direct negotiations between Israel and the Palestinians can resolve the issue of Jerusalem if it can be resolved. It will not be resolved in this chamber, in this institution, or in any other capital around the world."

US Ambassador to Israel David Friedman told Israel Hayom that “Jason helped to re-orient the discussion of the Israeli-Palestinian conflict. Under his leadership, we rejected the failed path of excusing and rationalizing Palestinian misconduct and corruption and instead began finally to require accountability and results. He has helped to set the region on the proper path to peace.” 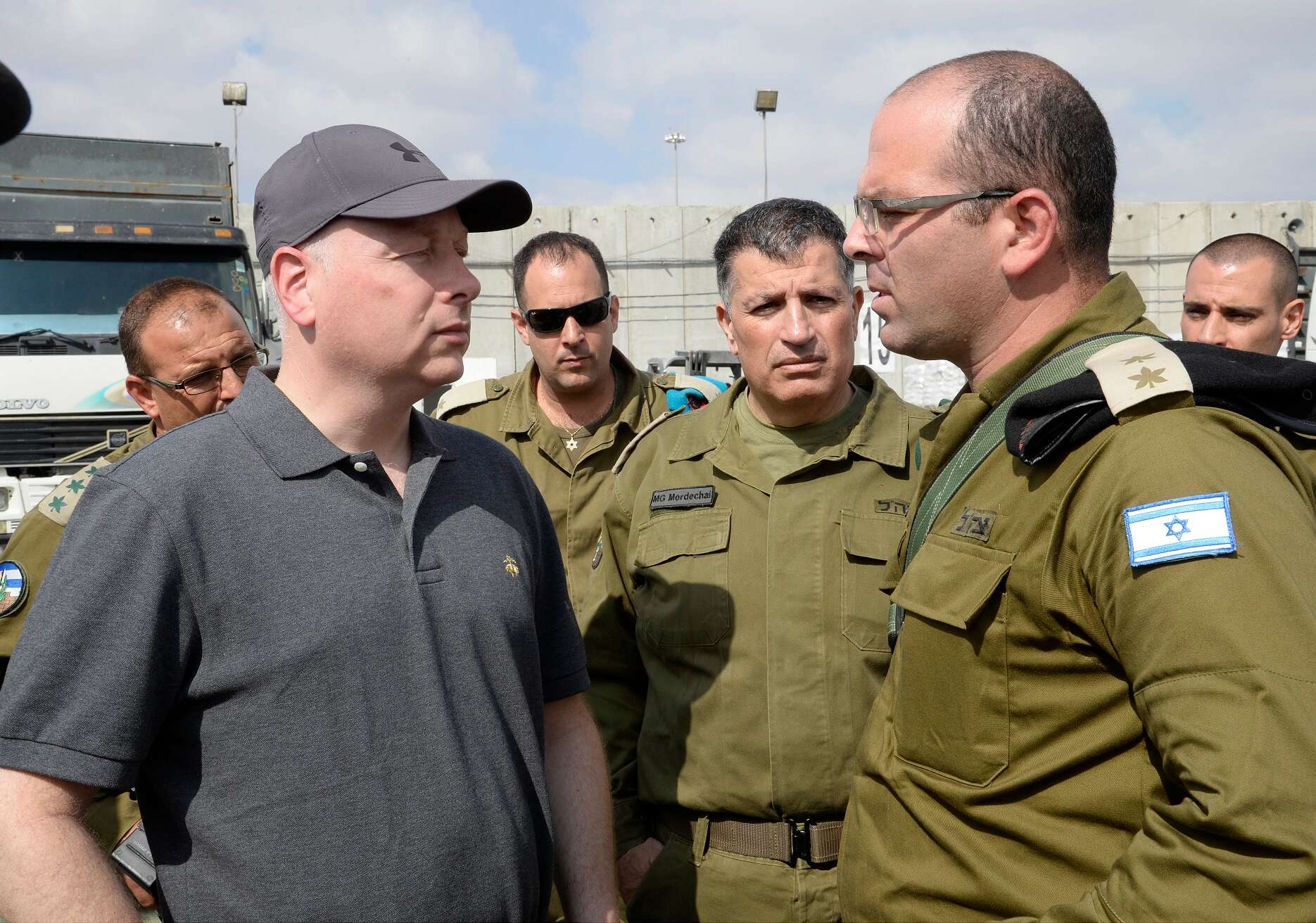 Israeli Ambassador to the United States Ron Dermer sent Israel Hayom this message in praise of the US envoy: "I was witness to Jason's efforts to establish peace between Israel and its neighbors. I saw how he defended Israel in powerful speeches in the United Nations and in decisive comments on social media. I saw how his wisdom and generosity turned cynics into friends, and how his humility and humble approach won appreciation from anyone who came in contact with him. I hope that one day people will understand his crucial role in bolstering US-Israel relations and in the historic decisions made by President Trump regarding Israel."

Trump was one of the first to praise Greenblatt after he said he would be departing. "After almost 3 years in my Administration, Jason Greenblatt will be leaving to pursue work in the private sector. Jason has been a loyal and great friend and fantastic lawyer," Trump tweeted. "His dedication to Israel and to seeking peace between Israel and the Palestinians won’t be forgotten. He will be missed. Thank you Jason!"