by Ricki Hollander and Tamar Sternthal

In an Oct. 15 Los Angeles Times news analysis (“Trump’s rash exit from Syria . . . “), Tracy Wilkinson falsely declares that the recognition of Jerusalem as Israel’s capital, the relocation of the U.S. embassy from Tel Aviv to Jerusalem and the American recognition of Israeli sovereignty in the Golan Heights all contravene international law. She wrote:

Until now, Israeli Prime Minister Benjamin Netanyahu has enjoyed extraordinarily close and unquestioningly loyal relations with Trump. The U.S. president seemed willing to grant Netanyahu’s every wish: He recognized Jerusalem as Israel’s capital and moved the U.S. Embassy to the contested holy city, then put icing on the cake by also recognizing Israeli sovereignty over the Golan Heights, captured from Syria in the 1967 Middle East War. Both steps contravened international law and decades of U.S. policy. (Emphasis added.)

There is no international law or legal document that  prohibits other countries’ recognition of Jerusalem as Israel’s capital.  While there are controversial, politically-based  U.N. resolutions that oppose Israel’s Jerusalem Law — U.N. Resolution 476 (1980)  states that Israel’s Jerusalem Law  is “null and void and must be rescinded,” while Resolution 478 (1980), reiterates this,  calling  on countries to withdraw their missions  from Jerusalem as a punitive measure — they do not carry any legal weight. They are based on Chapter VI, as opposed to Chapter VII (which has legal weight)  of the U.N. Charter, and  therefore constitute recommendations rather than accepted international law.  Nor do these resolutions  invalidate or outlaw other countries’ recognition of the city as Israel’s capital.

UN Resolution 181, the General Assembly Partition resolution that is so often touted as the basis for  determining Jerusalem’s legal status, called  for  Jerusalem to be considered  a corpus separatum.  But that resolution was also a recommendation rather than a legally binding document.  Moreover, it was rejected in its entirety by the Arabs, rendering the corpus separatum provision invalid.

Nor is American recognition of Jerusalem as Israel’s capital a reversal of U.S. policy. The Jerusalem Embassy Act of 1995 clearly and explicitly states:

The Congress makes the following findings: (1) Each sovereign nation, under international law and custom, may designate its own capital. (2) Since 1950, the city of Jerusalem has been the capital of the State of Israel.

Relocating the embassy to Jerusalem likewise does not contravene U.S. policy. To the contrary, moving the embassy to Jerusalem is the implementation of longstanding U.S. policy. As the Embassy Act in force for over two decades very clearly states under the section entitled, significantly, “Statement of the Policy of the United States” (emphasis added):

(3) the United States Embassy in Israel should be established in Jerusalem no later than May 31, 1999

While the act includes the option of six-month presidential waivers on the grounds of national security interests, the policy is nevertheless as stated above: that the U.S. Embassy in Israel should be established in Jerusalem and the city should be recognized as Israel’s capital. 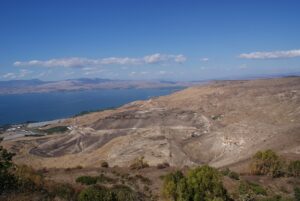 In addition, while some argue that the recognition of Israeli sovereignty over the the Golan Heights is contrary to international law, many other legal scholars dispute that position. As international law expert Professor Eugene Kontorovich of George Mason University’s Antonin Scalia School of Law and of the Kohelet Policy Forum in Jerusalem testified before Congress in July 2018:

The widely-repeated view that recognizing Israeli sovereignty over the Golan Heights would be contrary to international law is based on one fundamental assumption: that at least since the adoption of U.N. Charter, international law prohibits any acquisition of foreign territory by force. While such a formulation of the rule is largely accurate, it omits crucial exceptions quite relevant to the case of the Golan Heights.

Whatever the current status of an absolute prohibition on territorial change resulting from war, there was certainly no such blanket prohibition in 1967, when the territory came under Israel control. At the time, international law only prohibited acquisition of force in illegal or aggressive war.

International law evolves, but as Kontorovich explains, according to the inter-temporal law, these changes do not apply retroactively, especially concerning sovereignty and conquest, because otherwise chaos would reign in international relations. More details on all of these issues are available here. Given the compelling legal arguments disputing the claim that recognition of Israeli sovereignty in the Golan Heights contravenes international law, on what basis does The Times report this claim as if it were incontrovertible fact?