Israeli Prime Minister Benjamin Netanyahu, accompanied by Australian Prime Minister Malcolm Turnbull and New Zealand Governor-General Patsy Reddy attended the hundredth anniversary of the battle for Beersheba, where the cavalry of the Australia and New Zealand Army Corps (ANZAC) captured the city from the Ottomans and allowed the British to capture what was then called Palestine, The Times of Israel reported Tuesday. 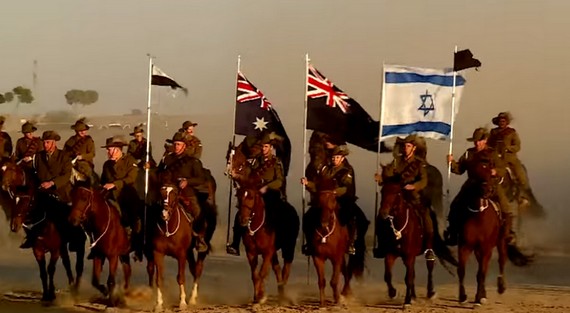 In the key World War I battle, soldiers of the 4th Australian Light Horse charged the entrenched Ottoman troops and captured the city on October 31, 1917.

At a ceremony honoring the ANZAC soldiers who died in the charge, Netanyahu said, “Nearly 4,000 years ago, Abraham came to Be'er Sheba, the City of Seven Wells. Exactly 100 years ago, brave ANZAC soldiers liberated Beer Sheba for the sons and daughters of Abraham and opened the gateway for the Jewish people to reenter the stage of history. The heroism of your fallen men will never be forgotten.”

Turnbull was more explicit in connecting the ANZAC victory to the creation of Israel.

“Had the Ottoman rule in Palestine and Syria not been overthrown by the Australians and the New Zealanders,” Turnbull continued, “the Balfour Declaration would have been empty words.”

The Balfour Declaration was issued two days later on November 2.

Reddy, New Zealand’s leader, said that the battle “changed political conditions in this region in the most profound way.”