This is a four year old picture doing the internet rounds today. 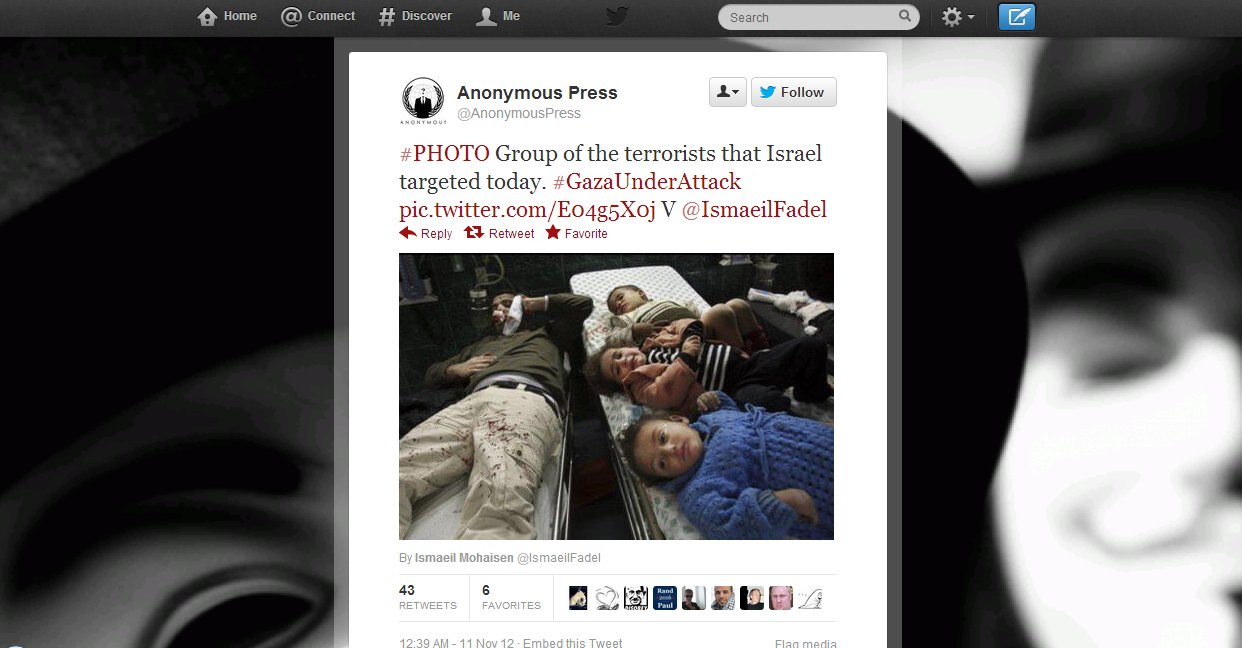 This is being tweeted today relentlessly as though it is a picture of what occurred last night. In reality it dates from 2008 (see it here), and even back then its authenticity was questioned.

Why are we seeing it now? Why is it being pushed across the world's social media networks tonight?

Heavy fighting has going on in southern Israel and inside Gaza since early this evening. It began when an IDF patrol was hit by an anti-tank rocket fired from within Gaza around sundown. Several Israeli servicemen are seriously injured. In a country where most people's children serve in the defence forces, an attack like this does not go un-noticed. Throughout Saturday night, Israel has channeled some of its sophisticated weapons, including helicopters and drones, at very carefully selected targets in the Gaza Strip, an area dominated by the Hamas terrorist organization and bristling with tens of thousands of rockets stashed away inside homes, mosques and hospitals.

The terrorists for their part have fired off dozens of rockets. Frightened families throughout most of southern Israel are inside safe rooms and bomb shelters, or within a few seconds' dash of one, as we write this. School classes throughout the area have been canceled (Sunday is a school day in Israel). This will not prevent foreign media channels from saying - as they will certainly do in the coming hours - that Israel is responding disproportionately.

Militarily, the Palestinian Arabs of Gaza are far less-well equipped with military equipment than the IDF is. But strategically, the Gazan side has the 'advantage' of being ready, willing and able to do anything that will un-nerve the Israeli side and bring criticism onto Israeli heads. If this means telling lies, taking steps that provoke Israeli reactions that will certainly injure their neighbours, or firing rockets indiscriminately at towns, farms, homes, buses, cars, schools - well, that's what they have been doing for years. It's how they fight.

But there's another way and that's via cognitive warfare. By promoting totally bogus lethal narratives, like the photo (at the top of this post) of a cluster of Palestinian Arab children who were allegedly attacked by a cruel and over-armed Israeli military, the Gazans score strategic points that their military weakness would otherwise prevent them from gaining. 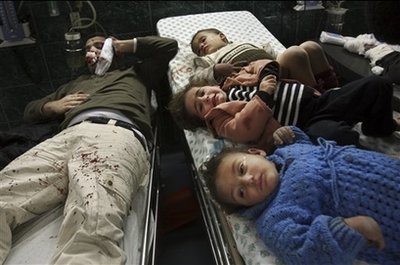 If the photo has reached you (and it has reached huge numbers tonight), then they have made you a part of their warfare against us Israelis. What you do next will determine how successful their cowardly and very shabby strategy turns out to be... this time.

Top marks to the Fakestinians for victimology as an art form. The children are clearly unhurt and the man's spotty pants indicate nothing, but he is making a good effort to get his face into the photo - shows the sickness of his people but not of the "victim". Grouping "casualties" makes a nicely balanced picture, to support an unbalanced people's lies. The reason for the exhumed is to justify their war crimes in firing on civilians. But again, credit where credit is due; the Fakestinians have raised the art of fraudography to levels undreamed of by Hitler's and Stalin's stooges.