My name is Arnold Roth. I live in Jerusalem. My daughter Malki was murdered there in a Hamas bombing attack on August 9, 2001. She was 15.

I appreciate very much the invitation to testify from the very specific vantage point of a close-knit family devastated by an act of murder driven by terrorism. The death of a young child is generally regarded as one of the most challenging traumatic experiences life can serve up. Check with Amazon; there is a wide literature that guides parents who find themselves in that awful position. A smaller number of books exists that seek to comfort the parents of a child killed by a criminal act. But the death of a child by terrorists has sharp, painful angles to it that defy book-laden advice. If there is a literature of help for parents like my wife and me, it’s a tiny bookshelf. And being able to read Hebrew is an advantage.

Practically everything I know about terrorism and its victims I learned through the prism of Malki’s murder. Thank you for the opportunity you have afforded me to share some of the things I have learned, and the facts that underpin them.

I want to relate to four matters that I believe ought to affect the decisions you as legislators will consider in evaluating the subject matter of this hearing:

•Incitement: The ongoing encouragement to do more acts of terror that is rampant throughout Palestinian Arab society, starting at its politically-highest levels and extending out through the conventional media, and the social media.

•Enablement: Money, where it comes from, how it’s spent, and the maneuvers of those who want to conceal its role.

•The troublesome matter of defining terrorism, calling it by its name and why this is so hard for important parts of Western societies to do.

•Practical matters that may lead to a better return on effort invested by the Congress, by the Department of Justice and by the Administration in aid of the needs of victims of overseas terror.

But for the winter storm and heavy snows that paralyzed the area, this hearing would have taken place a week earlier, on Wednesday January 27, which is Holocaust Memorial Day. President Obama honored that day by taking part in the “Righteous Among the Nations Award Ceremony” at Israel’s Washington embassy. Because I was in Jerusalem that day, and not already here in Washington, I caught a sound bite via an Israeli news program radio:

[W]e’re called to live in a way that shows that we’ve actually learned from our past. And that means rejecting indifference. It means cultivating a habit of empathy, and recognizing ourselves in one another... It means taking a stand against bigotry in all its forms, and rejecting our darkest impulses and guarding against tribalism as the only value in our communities and in our politics... That’s how we never forget - not simply by keeping the lessons of the Shoah in our memories, but by living them in our actions. As the book of Deuteronomy teaches us, “Tzedek, tzedek tirdof” - “Justice, Justice you shall pursue.” ...May the memory of the lost be a blessing. And as nations and individuals, may we always strive be among the Righteous. [Transcript of Pres Obama’s January 27, 2016 speech]

“Tzedek, Tzedek tirdof”. The quotation is of course Biblical. But almost any Hebrew speaking child in a Jerusalem elementary school today will understand the words with no problem. Our language, along with the values it embodies, has deep roots. But even for those with no Hebrew language skills, it’s striking that one word is said twice in the three word phrase: it’s the word for “justice”, tzedek. What’s more, Hebrew uses the same word, tzedek, for both justice and righteousness. Jewish tradition, noticing the evident redundancy of that verse from Deuteronomy, extracts a simple message of timeless inspiration: When you do justice, do it in a just and righteous way. The phrase quoted by the President from Deuteronomy 16 calling on society to appoint judges who will carry out righteous judgment is followed by a simple statement of why: “...That you may live”. Justice is not meant to be only for the victims of injustice. It is for the larger society in which they and we engage and interact. Doing justice right, doing it justly, doing it with righteousness, is the way we ensure that all of us - individuals and communities - can live. Justice is not vengeance. It’s about putting things right in the name of society’s shared values and hopes. OVT It’s a universal reality that terror victims, no matter where, go through an intensely personal , often lonely and isolating, process of dealing with the loss and pain and insult and sense of violation. They need support. Often they need advocates. Created by the Koby Mandell Act of 2005, OVT is exemplary in the way it addresses the core needs the primary parts of which its website describes this way: •To work to ensure that where Americans are injured or killed in terrorist attacks overseas, investigation and prosecution remain a high priority within the Department of Justice •To monitor the investigation and prosecution of terrorist attacks against Americans abroad in both foreign and the United States criminal justice systems. •To work to ensure that the rights of victims and their families are honored and respected throughout the criminal justice system. In formally announcing its establishment back in May 2005, Attorney General Alberto R. Gonzales captured well the optimism that many of us felt: •“This new office guarantees a voice for victims and their families in the investigation and prosecution of terrorists who prey on Americans overseas,” said Attorney General Gonzales. “Our commitment to these victims is as strong as our dedication to bringing their terrorist attackers to justice.” 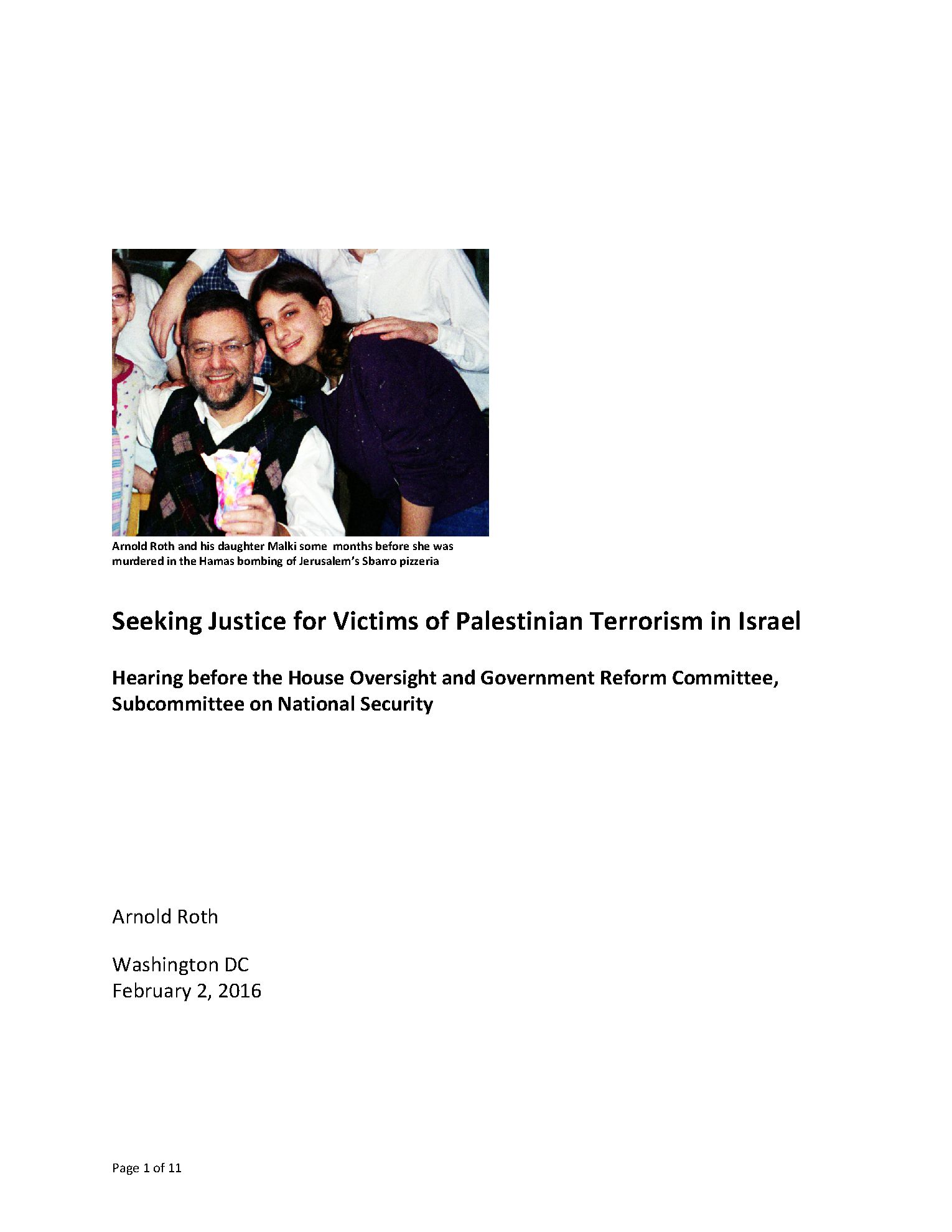