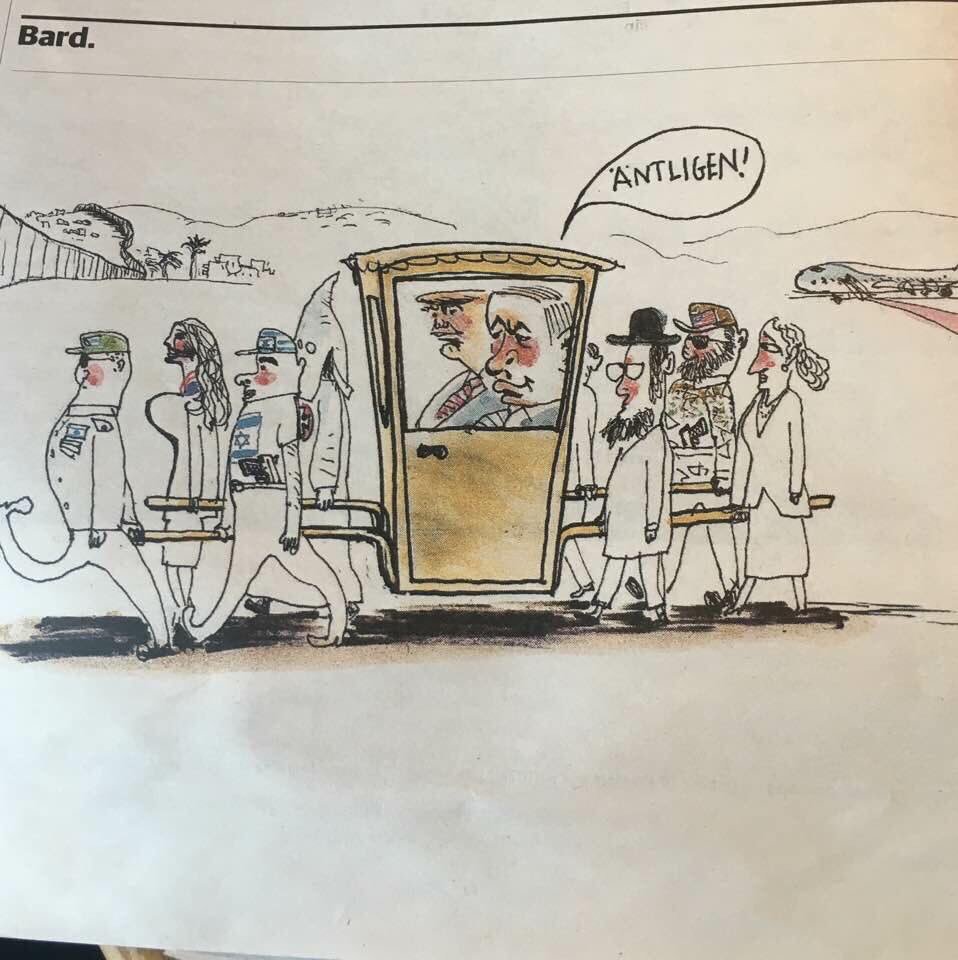 A Swedish newspaper has been criticized for running a cartoon of Israeli Prime minister Benjamin Netanyahu and US President-elect Donald Trump in which the two are being carried by an Orthodox Jew, a KKK member and a gun-carrying figure branded with the Israeli flag, with critics calling the drawing anti-Semitic.

A speech bubble placed above the two politicians in the Dagens Nyheter (DN) drawing says “Finally!” in Swedish ("Äntligen").

An image of the cartoon started to spread on Twitter over Sunday and Monday. Journalist Annika H Rothstein called it "anti-Semitic", as did Swedish writer Rebecca Weidmo Uvell.

When Weidmo Uvell sent a tweet to a DN account asking “how can you publish clearly anti-Semitic propaganda? Jews carrying Trump together with the KKK? Please explain,” the account replied “Netanyahu has celebrated Trump’s victory despite Trump’s rhetoric and the enthusiastic support he has received in the USA from the white power movement”.

Israeli Ambassador Isaac Bachman denounced the cartoon, and later in the day, the DN’s editor in chief, Peter Wolodarsky tweeted an apology. The cartoon was apparently removed from Bard’s page at the DN.