You can't analyze Israel without understanding the experiences of its people 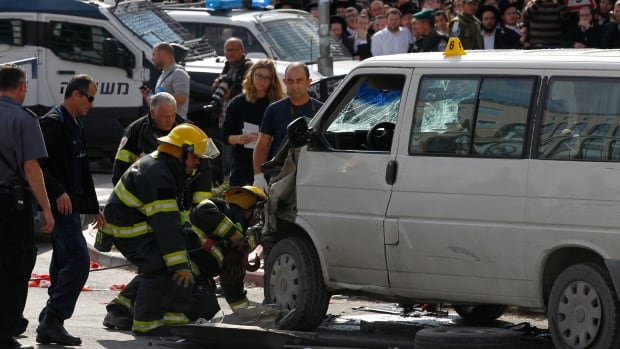 For Israelis, security policies and peace processes aren't abstract concepts; they are weighed with the life of one's child in mind. (Ronen Zvulun/Reuters)

Neil Macdonald's recent column, in which he suggested that the policies of the current Israeli government show that Israel has all but given up on peace, reminded me of veteran NBC correspondent Martin Fletcher's observation that "Israel has to be the most analyzed yet least understood country in the world."

Serious analysis of any country requires a nuanced understanding of the people. In any democracy, what makes the people tick is what makes government tick.

While I strongly object to Macdonald's characterization of Israel, my broader concern is that his column fails to take into account the people of Israel: their experiences and values, hopes and anxieties. Without this, it is impossible to truly grasp the nature of the Israeli-Palestinian conflict and the elusiveness of peace.

Take the example of Memorial Day in Israel, which offers a lesson in understanding how Israelis live their lives. In late morning, the sound of a siren brings the entire country to a literal standstill. Highway traffic stops and drivers exit their cars. At the beach, joggers halt mid-stride and swimmers stand quietly in the water.

For two minutes, the public can think only of Israel's tens of thousands of fallen soldiers and victims of terrorism. Virtually every family has a personal connection to loss.

The Memorial Day siren not only recalls the darkness of the past. It is a startling warning for the future. It signals to every parent that another generation of Israeli teens will be conscripted to defend the borders of a nation whose existence is largely rejected by the region.

For Israelis, security policies and peace processes aren't abstract concepts; they are weighed with the life of one's child in mind. Whether in Parliament, in the Knesset, or in the national media, few issues are debated with such intensity and self-scrutiny in Israel's democracy as the Israeli-Palestinian conflict.

But Israeli democracy does not operate in a vacuum; it is sensitive to the dynamics of the broader region. Pundits often remark that Palestinians feel at a power disadvantage vis-à-vis Israel. Most overlook how Israelis feel themselves under the same sense of disadvantage in the Middle East.

For a country smaller than Vancouver Island, the promise of peace heralds an end to the unshakable feeling that the region seeks its disappearance. Israelis take notice, for example, every time Iran's theocratic leaders issue another genocidal threat. Just last month, the head of Iran's army declared Israel "will not be existing 25 years from now" and "Tel Aviv would be signing its own death warrant by making the tiniest mistake."

Support for a two-state solution

And yet, polling for decades reveals that Israelis want peace, support a two-state solution and are willing to make significant compromises to achieve it.

A 2016 survey by a team of leading Israeli and Palestinian pollsters is revealing. The study showed that 59 per cent of Israelis support a two-state solution, though three-quarters do not believe it will happen within the next five years. Perhaps because 71 per cent of Israelis worry that they or a family member may be hurt by Palestinian attacks and 73 per cent believe violent attacks will continue into the near future. This tension between Israeli aspirations and fears cannot be divorced from events of the past two decades.

In the 1990s, most Israelis supported the Oslo Accords in the hope that it would lead to a comprehensive peace. This is why Israeli Prime Minister Ehud Barak agreed to two proposals in 2000 and 2001 to end the conflict and establish a Palestinian state on all of Gaza and approximately 90 per cent of the West Bank. Palestinian leader Yasir Arafat rejected both without counter-offer. (An even larger Israeli proposal in 2008 was not accepted by Palestinian Authority President Mahmoud Abbas.) 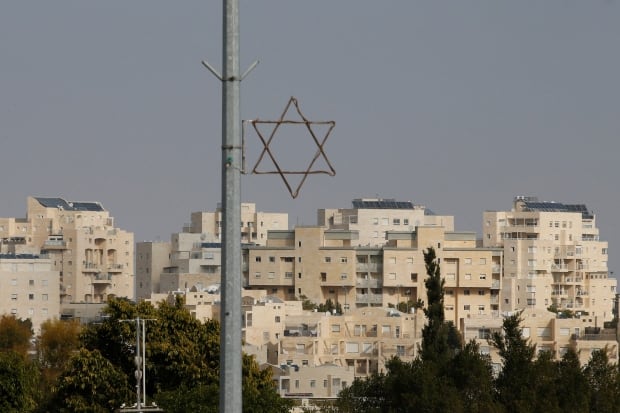 The conclusion many Israelis have drawn from the Gaza experience is that any future West Bank withdrawal must proceed via a peace agreement. (Reuters)

Talks collapsed and a wave of Palestinian suicide bombings struck Israel. In a quest for peace, Israel took painful unilateral steps to create the conditions for a future resolution, by withdrawing every Israeli soldier and civilian from Gaza in 2005 and transferring the territory to the Palestinian leadership.

Two years later, Hamas seized Gaza in a violent coup within the Palestinian Authority. Since then, Hamas and other terror groups have fired more than 10,000 missiles into Israel.

Imagine if, over the past decade, Hamas had worked to improve life in Gaza and refrained from attacking Israel. Had Hamas done so, the streets of Tel Aviv would be filled daily with Israeli demonstrators demanding a withdrawal from the West Bank.

This didn't happen, but the next decade need not resemble the last one. The conclusion many Israelis have drawn from the Gaza experience is that any future West Bank withdrawal must proceed via a peace agreement – just as the Israel-Egypt accord enabled Israel to withdraw thousands of settlers from the Sinai in 1982.

As Egypt's Anwar Sadat demonstrated by his historic recognition of Israel, even the most bitter of enemies can make peace. And as polling reveals, while practical expectations may be tempered, the dream and the willingness of Israelis to achieve it remains.

This column is part of CBC's Opinion section. For more information about this section, please read this editor's blog and our FAQ.