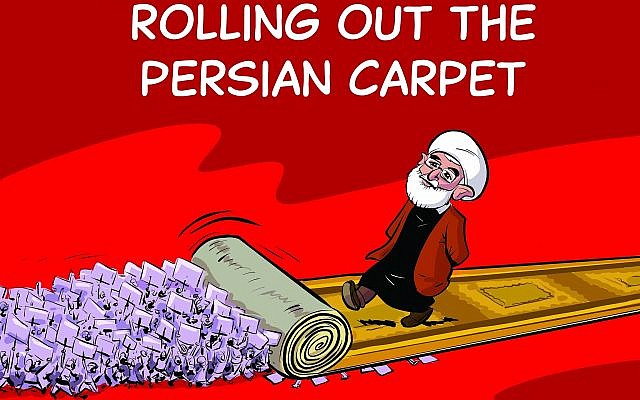 An Israeli exhibition of cartoons criticizing human rights conditions in Iran will be displayed next to the European Parliament in Brussels starting Wednesday, after the parliament refused to display them inside the building.

The exhibition, initiated by the American Jewish Committee (AJC) and The Israeli Cartoon Project (TICP), is an Israeli response to an annual anti-Israel cartoon contest in Iran often slammed as anti-Semitic and Holocaust-denying.

Along with Yesh Atid party leader MK Yair Lapid, the organizations requested 10 months ago that the exhibition be featured at the European Parliament, but received a negative answer several days ago, the Ynet news site reported Tuesday.

The parliament explained its decision by saying that “the exhibition is too controversial,” after which the organizations decided to display it in an adjacent building.

Some 20 drawings by leading Israeli caricaturists will be featured in the display, with the goal of raising the issue of Iran’s human rights violations and Holocaust denial with European Union members, according to a statement by AJC and TICP.

The cartoons vary in content from Tehran’s stifling of freedom of expression and arrest of opposition figures, to the regime’s public assassinations and persecution of women, minorities and LGBT people, among others. 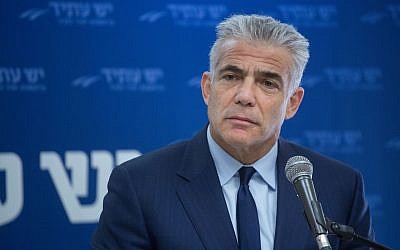 “The European Union’s decision to reject the caricature exhibition turns the EU itself into a caricature,” said Lapid. “They have failed to distinguish between killers and those killed, between victims of terror and terrorists.

“This exhibition will be displayed on schedule in Brussels, to remind the world of the simple truth: Iran is an Islamic terror dictatorship that believes in blood,” he said, according to the Ynet report.

Avital Leibovich, the AJC’s director in Israel, said that “promoting human rights worldwide is a central value for us, as Jews, and that’s why we initiated the exhibition in Brussels, capital of the European Union, to raise the issue of blatant human rights violations in Iran. Since human rights issues are regularly on the EU’s agenda, it would only be appropriate to also discuss the brutal violations in Iran.”

“As Israelis, we are proud to stand with the oppressed Iranian people, whose rights are being brutally trampled by the Ayatollah regime,” said Yossi Klar and Asaf Finkelstein, directors of TICP. “Iranian society, like Israeli and Syrian societies, are victims of this regime, so it is only natural for us to show solidarity with our partners in struggle.”