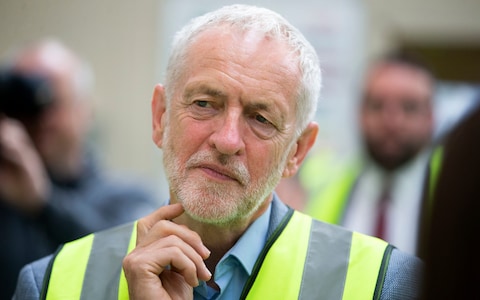 Jeremy Corbyn at the Alexander Dennis bus factory in Falkirk Credit: PA
Labour has been warned that it risks turning its back on Scotland’s Jewish community “for good” unless Jeremy Corbyn uses his current visit to address the “clear” anti-Semitism in the party.

The UK Labour leader began a four-day trip north of the border on Monday, days after it emerged that the former MP Jim Sheridan had been suspended from the party over comments he made online.

The ex-Paisley and Renfrewshire North MP allegedly said he no longer sympathised with Jewish historical suffering and claimed the Jewish community was working with “Blairite plotters” to undermine the leadership.

Jackson Carlaw, Scottish Conservative deputy leader, said it was time Mr Corbyn put claims of anti-Semitism to rest after a “lack of leadership” on the issue that had lasted for months.

He suggested he could begin the process by heeding calls for Labour to accept the full International Holocaust Remembrance Alliance (IHRA) definition of anti-Semitism. 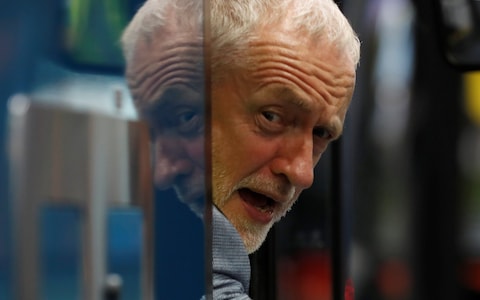 Critics claim Labour’s code of conduct on anti-Semitism is not as comprehensive as the IHRA guidelines, while Corbyn supporters insist that adopting the definition without amendment would restrict criticism of Israel.

Mr Carlaw said: “Instead of looking to themselves and their own actions, Labour figures around Jeremy Corbyn are now suggesting that criticism of him is all part of a plot to weaken his position.

“It’s not a plot. Instead, Mr Corbyn’s appalling lack of leadership on this matter, in the face of clear anti-Semitism within Labour’s ranks, is being called out.

“While he is in Scotland, Mr Corbyn should make it clear he is prepared to do what the UK Government and the Scottish Government has done, accept the IHRA definition of anti-Semitism now.

“A failure to do so will only confirm, as former Labour leader Jim Murphy has said, that Labour is turning its back on the Jewish community for good.”