talkRadio could be fined £250,000 over one-sided Galloway antisemitism coverage

Former MP breached Ofcom rules by framing Labour antisemitism controversy on his show as a vehicle to attack Corbyn. 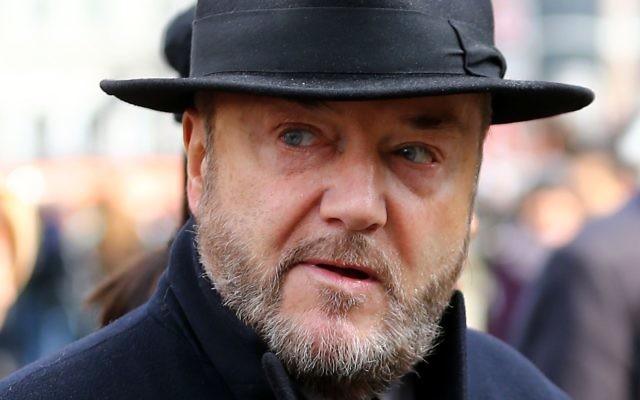 The watchdog says it launched an investigation into due impartiality during shows presented by the former MP on July 27 and August 6 of last year, following complaints from listeners.

The former MP’s talkRadio platform could now face sanctions including the shortening or revoking of its licence and a fine of up to £250,000.

Hosting phone-ins on the Labour antisemitism allegations, Galloway was found to have framed the controversy as a vehicle to attack the Labour leader.

When he received a dissenting opinion in a text, Galloway called the sender an “ignorant woman”, and branded another listener who disagreed with him as a “rag picker”.

Galloway disputed allegations he called a listener “a ragpicker”, tweeting on Monday: “I did not ‘brand’ anyone a ‘rag-picker’.

He added: “I have suffered very substantial financial loss as a result of a politically motivated witch-hunt by @Ofcom predicated in one case on 9 complaints probably from the #IntegrityInitiative and ONE complaint in the latest case.

“My employer is being threatened with serious sanction.”

The watchdog found that while it was legitimate to broadcast programmes in support of Corbyn, principles of balance had to be maintained.

Ofcom said it is concerned that Galloway continues to “express pride” in his broadcasts despite their content breaching rules.

Galloway said in the introduction to his July 27 show: “Jeremy Corbyn has this week been the victim of a crazed, unhinged assault by the agents of the powerful.

“A frenzied attack to destroy him for fear that he might win. The proximate method is the exploitation of deep-seated Jewish fear. Literally summoning up the demons of Nazism against Britain’s finest anti-fascist.”

He added later: “A pig that is the British media and political class that is frightening Jewish schoolgirls in London on a giant Goebbellian lie that Jeremy

“Corbyn not only hates Jews but that the existential future, the existence of Jewish life in Britain, is threatened by this mild-mannered geography teacher in his woolly jumper.”

A talkRadio spokesperson said: “You expect robust opinions from George Galloway, but we accept that on this occasion he crossed the line.

“As a station we understand the need for dissenting voices with a range of counter-opinions.”

A spokesman for Ofcom said: “Our investigation found that these phone-in programmes breached our due impartiality rules.

“They failed to give due weight to a sufficiently wide range of views on allegations of antisemitism within the Labour Party.

“We are minded to consider imposing a statutory sanction for these breaches. The Licensee now has an opportunity to make representations to us, which we’ll consider before proceeding further.”