US no longer holds that Israeli settlements are illegal 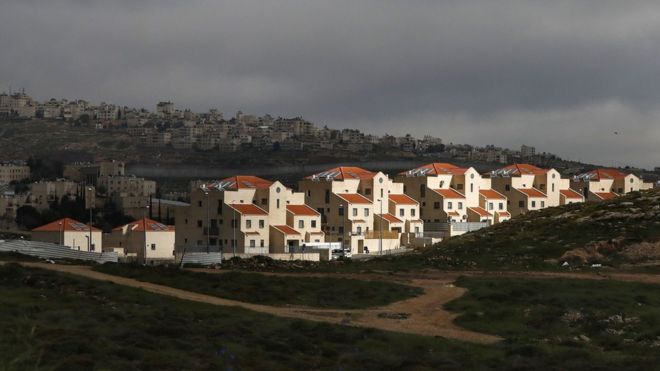 The US has shifted its position on Israeli settlements in the occupied West Bank, no longer viewing them as inconsistent with international law.

US Secretary of State Mike Pompeo said the status of the West Bank was for Israelis and Palestinians to negotiate.

Israel welcomed the move - a reversal of the US stance under President Donald Trump's predecessor, Barack Obama.

Settlements are communities established by Israel on land occupied in the 1967 Middle East war.

They have long been a source of dispute between Israel and the international community, and the Palestinians.

"After carefully studying all sides of the legal debate," Mr Pompeo told reporters, "the United States has concluded that "the establishment of Israeli civilian settlements in the West Bank is not, per se, inconsistent with international law".

"Calling the establishment of civilian settlements inconsistent with international law hasn't worked. It hasn't advanced the cause of peace," he added.

Chief Palestinian negotiator Saeb Erekat said the US decision was a risk to "global stability, security, and peace" and said it threatened to replace international law with "the law of the jungle".

Israeli Prime Minister Benjamin Netanyahu said the policy shift "rights a historical wrong", and called on other countries to do the same.

What is the Jewish settlements controversy?

The issue of Jewish settlements is one of the most contentious between Israel and the Palestinians.

About 600,000 Jews live in about 140 settlements built since Israel's occupation of the West Bank and East Jerusalem. The settlements are widely considered illegal under international law, though Israel has always disputed this.

The Palestinians have long called for the removal of all settlements, arguing that their presence on land they claim for a future independent Palestinian state makes it almost impossible to make such a state a reality.

Boost for Israel, dismay for Palestinians

Mr Pompeo said the decision would create the political space for a more likely resolution of the conflict. But that resolution is now more likely to be on Israel's terms, since it is by far the stronger party.

Dismissing the international legal prohibitions on Jewish settlements undermines the legal framework for the peace process, including the notion of Palestinian national rights and the principle of self-determination. It will almost certainly boost the movement to expand and annex the Jewish settlements. There has already been a sharp increase in settlement planning and construction since Mr Trump took office.

Palestinians will be dismayed, although not surprised. Palestinian analysts I have spoken with say the growth of Jewish settlements has essentially killed the potential for a viable two-state solution. They speak in terms of a war of position, saying that staying on the land and simply continuing their lives is a kind of non-violent resistance.

What US position is Pompeo overturning?

In 1978, the Jimmy Carter administration concluded that the establishment of civilian settlements was inconsistent with international law. In 1981, President Ronald Reagan disagreed with that conclusion, saying he did not believe the settlements were inherently illegal.

Since then, the US adopted a position of describing the settlements as "illegitimate" - though not "illegal" - and sheltering Israel from condemnatory resolutions on the issue at the United Nations.

However one of the last acts of the Obama administration, at the end of 2016, was to break with US practice by not vetoing a UN resolution that urged an end to illegal Israeli settlements.

President Trump's administration has displayed a much more tolerant attitude towards settlement activity than Mr Obama's.

Mr Pompeo said the Trump administration had studied all sides of the debate and agreed with Reagan.

Where are the West Bank settlements? 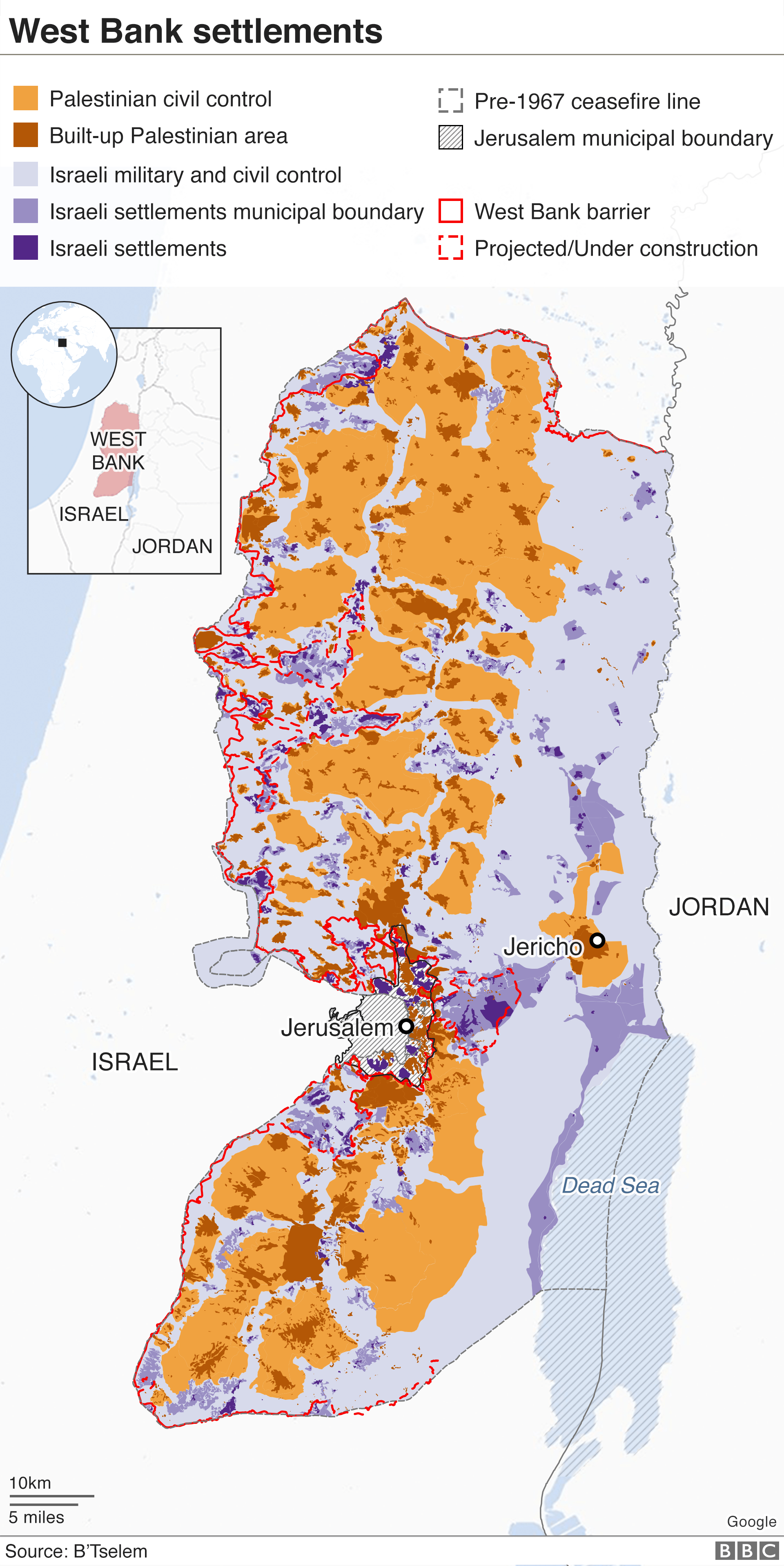