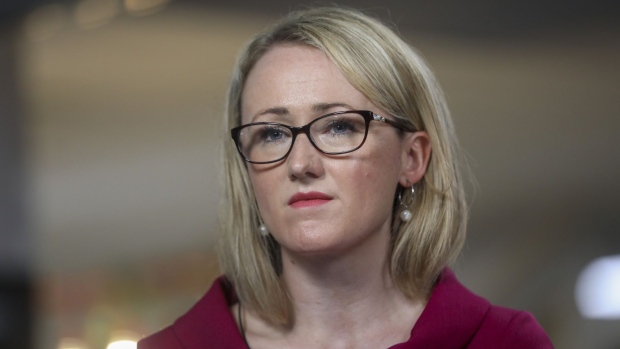 (Bloomberg) -- Labour leader Keir Starmer fired the U.K. opposition party’s education spokeswoman Rebecca Long-Bailey on Thursday after she praised an article in which an actor suggested U.S. police learned to kneel on suspects’ necks from the Israeli secret service.

Long-Bailey came second in this year’s Labour leadership contest after running as the anointed successor of the last leader, Jeremy Corbyn. On Thursday morning, she tweeted a link to an interview with the actor Maxine Peake, describing her as “an absolute diamond.” In the interview, discussing the Black Lives Matter protests, Peake said: “The tactics used by the police in America, kneeling on George Floyd’s neck, that was learned from seminars with Israeli secret services.”

Corbyn’s time as leader was dominated by questions about the antisemitism that emerged in the party after his election, and his own previously expressed views. Starmer has put a strong focus on trying to rebuild relations with the Jewish community.

“This afternoon Keir Starmer asked Rebecca Long-Bailey to step down from the Shadow Cabinet,” his office said in an emailed statement. “The article Rebecca shared earlier today contained an antisemitic conspiracy theory. As Leader of the Labour Party, Keir has been clear that restoring trust with the Jewish community is a number one priority. Antisemitism takes many different forms and it is important that we all are vigilant against it.”

Long-Bailey had earlier distanced herself from her previous tweet.

“I re-tweeted Maxine Peake’s article because of her significant achievements and because the thrust of her argument is to stay in the Labour Party,” she wrote on Twitter. “It wasn’t intended to be an endorsement of all aspects of the article.”