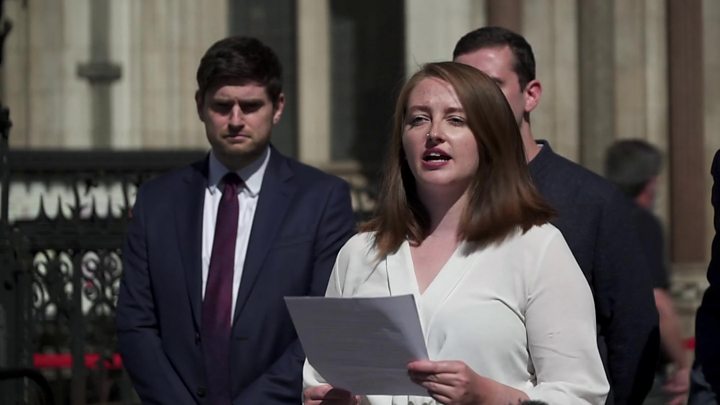 Labour has agreed to pay "substantial" damages to seven former employees who sued the party in an anti-Semitism row.

The party has issued an unreserved apology in the High Court for making "false and defamatory" comments about seven whistleblowers who spoke out in a BBC Panorama programme last year.

The individuals had criticised the then leadership's handling of complaints.

Labour said they were wrongly accused of "bad faith" and caused "distress, embarrassment and hurt" by the party.

The BBC's assistant political editor Norman Smith said the payout was an "extraordinary moment" and underlined leader Sir Keir Starmer's determination to get to grips with the shadow of anti-Semitism hanging over the party.

In the July 2019 programme, entitled 'Is Labour Anti-Semitic?', a number of former party officials alleged that senior figures close to the leadership at the time had interfered in the process of dealing with anti-Semitism complaints.

They also claimed they had faced a huge increase in complaints since Jeremy Corbyn became leader in 2015.

In its response at the time, a party spokesman denounced them as "disaffected former staff" who had "personal and political axes" to grind. They were also accused of trying to undermine Mr Corbyn.

On Wednesday, Mr Corbyn said the decision to settle the claims with an apology and "substantial payments" was "disappointing", adding the party's legal advice was that it "had a strong defence".

In a statement read out in the High Court, Labour said it unreservedly apologised and was determined to root out anti-Semitism in the party and the wider Labour movement.

"Before the broadcast of the programme, the Labour Party issued a press release that contained defamatory and false allegations about these whistleblowers," the party said.

"We acknowledge the many years of dedicated and committed service that the whistleblowers have given to the Labour Party as members and as staff. We appreciate their valuable contribution at all levels of the party.

"We unreservedly withdraw all allegations of bad faith, malice and lying. We would like to apologise unreservedly for the distress, embarrassment and hurt caused by their publication. We have agreed to pay them damages."

Mr Matthews said he welcomed the "important" decision and said that being accused of acting against Labour had been like "being rejected by our own family".

Labour has also agreed to pay damages to the presenter of the programme, BBC journalist John Ware.

It said Mr Ware, an award-winning investigative reporter who has worked for the BBC for more than 30 years, was subject to "false and defamatory" comments before the programme was aired which had now been withdrawn.

Shadow Attorney General Lord Falconer, who was attending court on the behalf of the Labour Party, told the BBC the settlement had brought a "disastrous chapter" to an end. 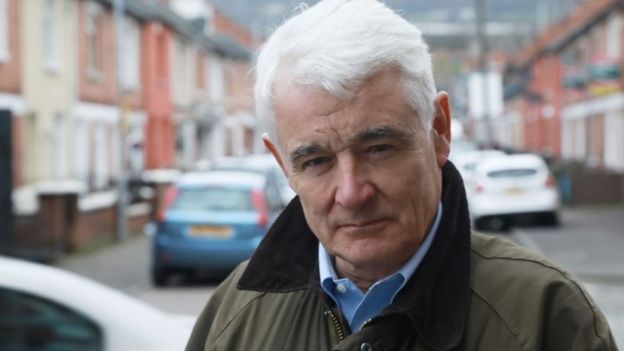 Labour has also apologised to the BBC journalist John Ware

The BBC welcomed what it said was the party's "long-overdue" apology for what were "painful and damaging personal attacks" on the integrity and character of those involved in the programme.

It said Mr Ware was a "reporter with an extraordinary record of excellence at Panorama for investigative journalism in the public interest" and it "applauded the strength" of the whistleblowers.

Mr Ware said he accepted Labour's apology, adding: "It was an unwritten code amongst we journalists that we don't sue because free speech is sacrosanct, but the world has changed thanks to social media.

Labour's deputy leader Angela Rayner said it was a "prudent move" by the party and was "part of that healing process" that was needed.

The legal settlement was welcomed by current and former Jewish Labour MPs, including Margaret Hodge and Ruth Smeeth, the latter describing the whistleblowers are "heroes".

The Jewish Labour Movement said the Panorama programme had "shone a light on the party's failure to act" against anti-Jewish racism and the "growing culture of denial" within its ranks.

"Under new leadership, our hope is the party will continue to demonstrate this willingness to change," it said.

He said it was a "political decision, not a legal one".

Unite general secretary Len McCluskey described the settlement as a "misuse" of party's funds, suggesting Labour had been advised that it would win the case.

For Labour, this is an expensive and embarrassing outcome.

The leadership may hope that is a price well worth paying if it signals the beginning of the end of the anti-Semitism row that has caused real division in the party over the last few years.

For those unhappy with the party's previous handling of the issue, the apology sets down a marker that it really is "under new management".

For some of those who were quite happy with the old leadership, though, this is going to rankle and some are already making their unhappiness clear.

This is certainly a big moment for Labour but there a likely to be many more before this issue is put to bed.

Mr McCluskey and other allies of Mr Corbyn, who stood down in the Spring after four years leading the party, had urged Sir Keir Starmer to contest the lawsuit.

The BBC's Laura Kuenssberg tweeted that "last minute legal wrangling by lawyers for some of former Labour leadership team didn't stop the apology and settlements going ahead".

Since being elected in April, Sir Keir has been anxious to emphasise his commitment to root out anti-Semitism, committing to implement in full the recommendations of an inquiry by the equality watchdog into Labour's culture and internal procedures due out in September.

He recently sacked Rebecca Long-Bailey from the shadow cabinet for re-tweeting an article containing what he regarded as a conspiracy theory.