The two men spoke for about an hour Wednesday, according to a statement by Netanyahu's office – nearly a month after Biden took office.

The Israeli prime minister tweeted out news of the call before it was announced by the White House, along with an image of a smiling Netanyahu. 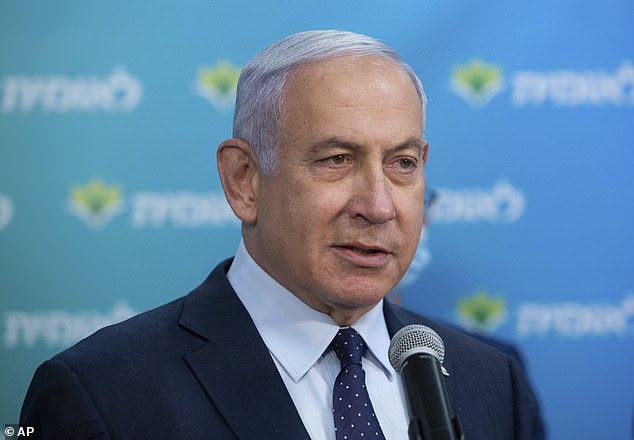 'The conversation was very friendly and warm and lasted about an hour. The two leaders noted their longstanding personal ties and said they would work together to further strengthen the strong relations between Israel and the United States,' his office said.

Biden, asked about the call Wednesday afternoon, was brief, calling it a 'good conversation.'

White House Press Secretary Jen Psaki said this week that Biden would dial the Israeli leader soon, and that he would be the first leader in the region Biden would speak with.

She insisted the lack of a call in Biden's nearly first month in office was not any kind of a snub while Biden got his administration up and running.

Netanyahu acknowledged 'differences' between the two men this week over Iran and issues involving the Palestinians.

He told Israel's Channel 12 Monday: 'He'll call ... We have had very strong friendly relations for nearly 40 years, dating from the time I came to Washington as an Israeli diplomatic representative and he was a young senator from Delaware.'

'We also have many things we agree on and the alliance is very strong,' Netanyahu said. 'But there are also differences, on the issue of Iran and on the Palestinian issue as well.'

Trump phoned Netanyahu two days after his own inauguration in 2017.

According to a White House readout of the call released late afternoon Wednesday:   'President Joseph R. Biden, Jr. spoke today by phone with Prime Minister Netanyahu of Israel. The President affirmed his personal history of steadfast commitment to Israel’s security and conveyed his intent to strengthen all aspects of the U.S.-Israel partnership, including our strong defense cooperation.'

It continued: 'Together, the leaders discussed the importance of continued close consultation on regional security issues, including Iran. The President emphasized U.S. support for the recent normalization of relations between Israel and countries in the Arab and Muslim world. He underscored the importance of working to advance peace throughout the region, including between Israelis and Palestinians. Together, they affirmed their shared interest in continued strategic cooperation to confront the many challenges facing the region.'

The business-like readout did not echo the Israeli characterization that the call was 'very friendly and warm.' 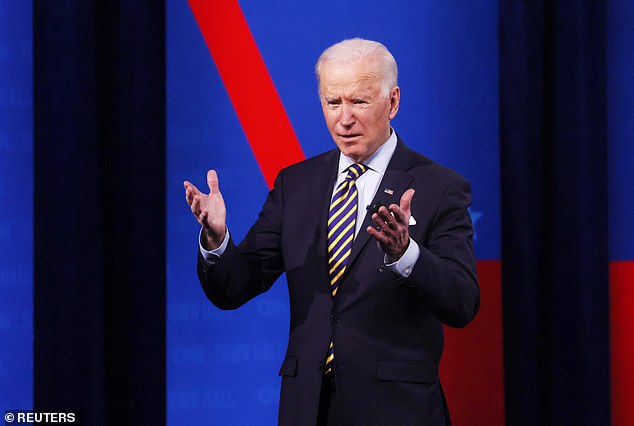 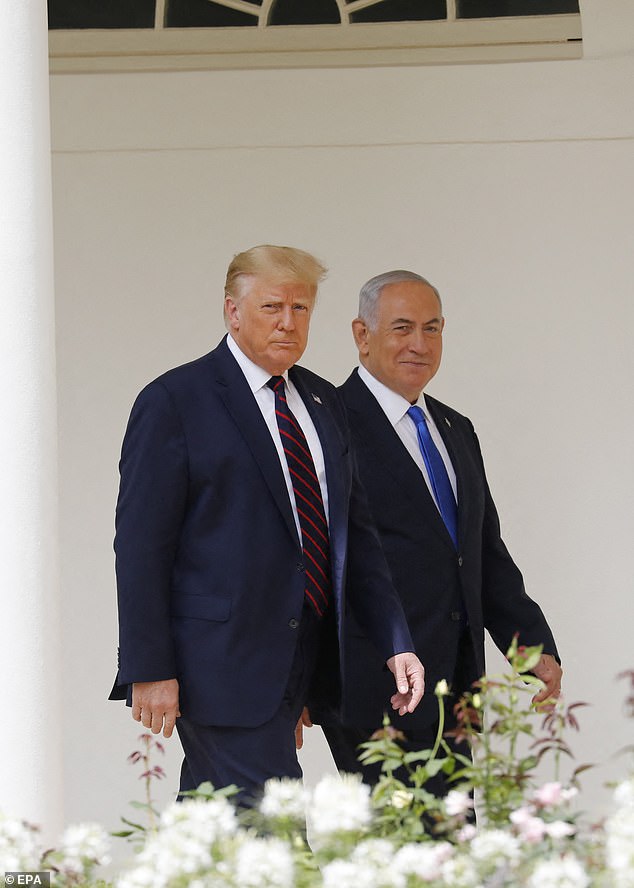 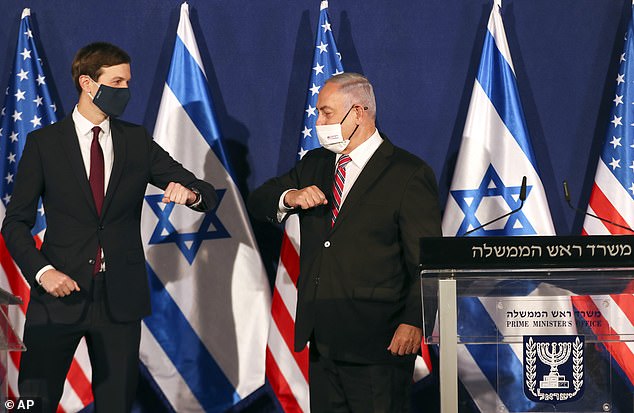 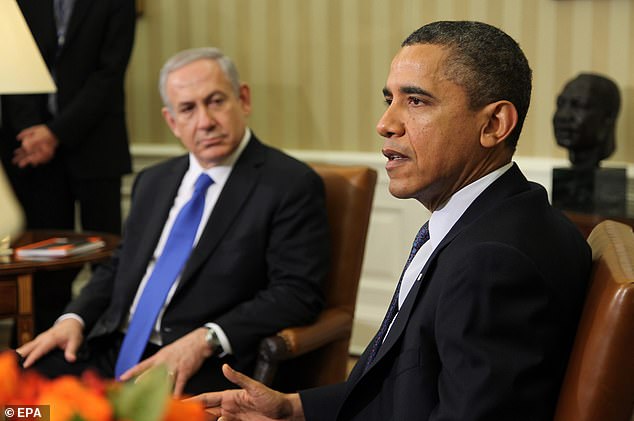 US President Barack Obama (R) meets with Israeli Prime Minister Benjamin Netanyahu (L) in the Oval Office of the White House in Washington, DC, USA, 05 March 2012. Reports state that the US President and Isaeli Prime Minister are at odds over how to deal with the possibility of a nuclear-armed Iran. EPA/MARTIN H. SIMON / POOL

Psaki also said the administration would 'recalibrate' its relations with Saudi Arabia, and indicated Trump would not speak directly with Crown Prince Mohammed bin Salman.

Trump and his son in law Jared Kushner made a point of stressing close relations with the Saudis and other Gulf States, while Trump took several steps to demonstrate the closeness of the U.S. and Israel while also providing political benefits to Netanyahu while he fended off a series of domestic challenges.

Biden has said he wants to rejoin the Iran nuclear deal that Netanyahu blasted during a speech to a Joint Session of Congress, while his administration also opposes settlement construction in the occupied territories.

Netanyahu caused an uproar during the Obama administration when he accepted an invitation by then House Speaker Rep. John Boehner (R-Ohio) to address a joint session of Congress before the Obama White House had been informed.

Netanyahu used the speech to shred the Iran nuclear deal.