The International Criminal Court on Friday said it has the authority to investigate alleged crimes in the occupied territories, in a ruling condemned by Israel and praised by Palestinians. 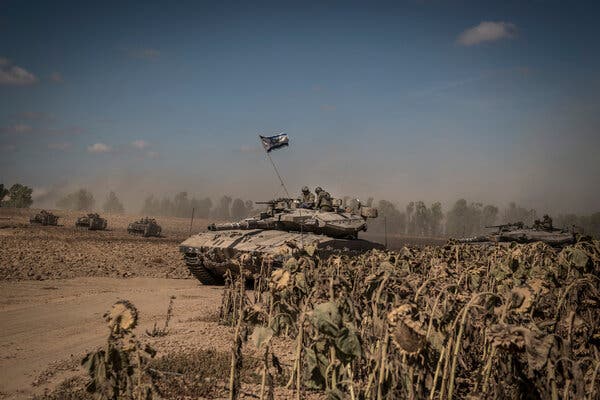 Israeli tanks near the border with Gaza in 2014. The International Criminal Court’s ruling comes six years after it began its investigation of Israeli actions in the 50-day Gaza war.Credit...Sergey Ponomarev for The New York Times

JERUSALEM — The International Criminal Court on Friday determined that it has jurisdiction over the territories occupied by Israel in 1967, despite Israel’s insistence to the contrary, opening the way for an inquiry into allegations of Israeli, and Palestinian, war crimes in the region.

The ruling by the I.C.C. in The Hague came six years after the office of the court’s chief prosecutor, Fatou Bensouda, began a preliminary investigation of Israeli actions in the territories, including during the devastating 50-day Gaza war of 2014.

The precedent-setting decision, coming more than a year after Ms. Bensouda asked the court to confirm its jurisdiction in the area, was hailed by Palestinian leaders and human rights organizations as a step toward justice for the victims. It was excoriated by Israel as a contentious political move without valid legal basis.

“Today the court proved once again that it is a political body and not a judicial institution,” Prime Minister Benjamin Netanyahu of Israel said in a statement. “The court ignores real war crimes and instead persecutes the state of Israel, a state with a firm democratic regime, which sanctifies the rule of law, and is not a member of the court.”

He later issued a more bellicose video statement accusing the International Criminal Court of “pure anti-Semitism” while it “refuses to investigate brutal dictatorships like Iran and Syria, who commit horrific atrocities almost daily.”

“We will fight this perversion of justice with all our might,” he concluded.

The State Department expressed “serious concerns” about the decision in a statement by a spokesman, Ned Price. “The United States has always taken the position that the court’s jurisdiction should be reserved for countries that consent to it, or that are referred by the U.N. Security Council,” he said.

While Israel is not a member of the court, the Palestinians joined in 2015 and asked for the I.C.C. inquiry.

Dealing a severe diplomatic blow to Israel, the court ruled that for its purposes, Palestine qualified as the state on the territory where the events in question occurred and defined the territorial jurisdiction as extending to the West Bank, Gaza and East Jerusalem. The ruling was not unanimous, with one of the three judges, Péter Kovács, presenting a dissenting opinion, disputing the notion that the court has jurisdiction in this case. 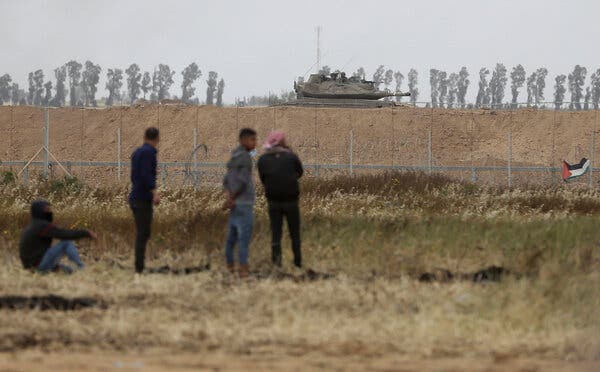 The prime minister of the Palestinian Authority, Muhammad Shtayyeh, praised the decision from The Hague as a victory for justice and a redress to the victims of Israeli war crimes. “The resolution is a message to the perpetrators of crimes, that their crimes will not be subject to a statute of limitations, and that they will not go unpunished,” he said.

Now that the court has determined it has jurisdiction, Ms. Bensouda, the chief prosecutor, must decide whether to proceed with an investigation or leave the decision to her successor. Her term ends in June.

In the past, she has cited a “reasonable basis to believe” that war crimes had been committed, pointing to what she described as Israel’s disproportionate use of force in the 2014 war in Gaza and its continuing settlement activity in the West Bank and East Jerusalem. Also under scrutiny is Israel’s deadly response to Palestinian protests in 2018 along the border fence in Gaza.

The Palestinian foreign minister, Riyad al-Malki, said the decision “opens the door to the pursuit of criminal accountability for the most egregious crimes under the court’s mandate, which have been and continue to be committed against the Palestinian people.”

But the investigation could also cover alleged crimes by the Palestinian side, including that the authorities in the West Bank engaged in torture of opponents and supported attacks against Israeli citizens, according to Amnesty International.

The chief prosecutor has also cited possible war crimes by Hamas, the Islamic militant group that controls Gaza, and other armed groups there, for firing thousands of rockets indiscriminately into civilian areas of Israel and for using Palestinian civilians as human shields.

Balkees Jarrah, the associate international justice director at Human Rights Watch, said the court’s ruling “finally offers victims of serious crimes some real hope for justice after a half century of impunity.” She added, “It’s high time that Israeli and Palestinian perpetrators of the gravest abuses — whether war crimes committed during hostilities or the expansion of unlawful settlements — face justice.”

Filing a suit against Israel in the International Criminal Court was long considered a risky move by the Palestinians that would infuriate Israel and alienate the United States.

President Mahmoud Abbas of the Palestinian Authority signed the Rome Statute, the treaty that created and governs the court, in December 2014 over the strong objections of Israel and the United States. It was part of a strategy to pursue statehood in the international arena after another failed round of American-brokered negotiations with Israel.

Israel originally supported the establishment of the international court in 2002, but it did not ratify the Rome Statute, in part out of fear of ending up on trial over the issue of settlements.

As a nonmember, it cannot appeal Friday’s ruling. But Israel’s attorney general has argued all along that only a sovereign state can delegate authority to the I.C.C., and that the areas in question were not a Palestinian sovereign state.

Israel had been preparing for months for the decision, and though it finally came on Friday night, when Israel is generally shut down for the Sabbath, outraged officials quickly condemned the ruling.

The Foreign Ministry said that the court was getting itself involved in the Israeli-Palestinian conflict and driving the parties further apart soon after the Palestinian Authority had resumed security cooperation with Israel. The Justice Ministry called the decision harmful and superfluous.

Israel has long had a testy relationship with United Nations investigators. In 2008, it denied entry to Prof. Richard A. Falk, a United Nations Human Rights Council special rapporteur for the Palestinian territories, viewing his positions as hostile and saying he was unwelcome. Professor Falk said he was not hostile to Israel, but critical of its occupation policy.

In 2009, a United Nations panel that investigated Israel’s invasion of Gaza that year contended that Israel had intentionally killed Palestinian civilians there, but two years later the leader of the panel, Richard Goldstone, a South African jurist, retracted that explosive assertion.